The Detroit Red Wings traded forward Vladislav Namestnikov to the Dallas Stars for a fourth-round draft pick in 2024 on Monday, just as the NHL’s trade deadline approached.

The Red Wings are trading Vladislav Namestnikov to the Stars for a fourth round pick, @KevinWeekes reported on ESPN.

Namestnikov was the third pending free agent shipped out by the Red Wings in advance of the deadline, following defensemen Troy Stecher and Nick Leddy.

While a higher return could have been hoped for, Namestnikov’s value had kind of been set by previous trades.  In October of 2019, he was traded by the New York Rangers to the Ottawa Senators for a fourth-round pick.  Almost five months later, the Senators moved him to the Colorado Avalanche for a fourth-rounder again.  Namestnikov played well for Detroit over the last two seasons but not well enough to change his perceived value.  I referred to it on Twitter as the Standard Namestnikov Return.

As useful as he’s been in Detroit, I don’t think Namestnikov was a long-term piece of the puzzle, so I’m not worried about losing him.  The Wings also have a ton of forward depth to ride out the rest of the season, so it’s not like his departure leaves a hole in the lineup.

This is what a rebuilding team should do.  Shipping out pending free agents for draft picks is part of the process.  It’s just that the Wings haven’t had many pending UFAs that other teams have actually wanted in awhile. 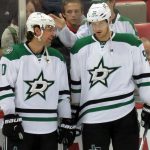 Assembling an all-star team of players who were selected with draft picks that the Red Wings traded away over the years. 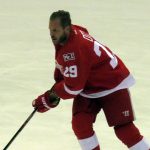