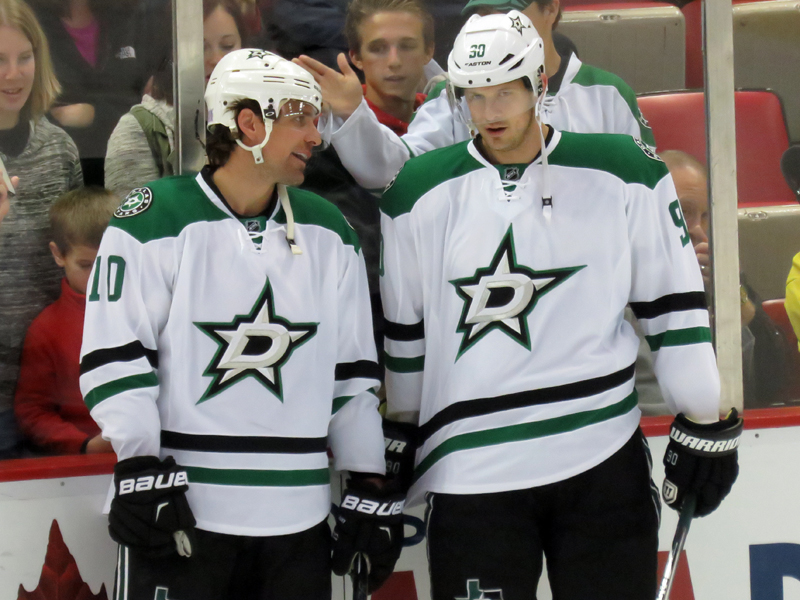 116
0
by Clark Rasmussen
In General

I was talking expansion draft with Michael Petrella, of the now-defunct Production Line blog, yesterday and we got on the topic of draft picks that the Red Wings have traded away.

Many of those picks were used to select players that were never heard from again but some were used to grab some guys who the Wings probably wish they could have gotten.

I went back through the last twenty years of traded Red Wings draft picks – players who could have landed in Detroit – and I give you the Alternate Wings All-Stars.

Patrick Sharp
With 277 goals and 322 assists in 869 career NHL games, Sharp is easily the most productive player selected with a traded Detroit draft pick in the last twenty years.  Sharp was picked in the third round, 95th overall, by the Philadelphia Flyers.  The Wings traded that pick to Nashville on June 24, 2000, for a 4th-round pick in the 2000 Entry Draft, which they used to select Stefan Liv at 102nd overall.  The Predators later flipped the pick to Philadelphia for defenseman Mark Eaton.

Alexei Ponikarovsky
Ponikarovsky was selected by the Toronto Maple Leafs in the fourth round of the 1998 Entry Draft, 87th overall, with the pick the Leafs acquired from Detroit on March 24, 1998, in return for Jamie Macoun.  Macoun would with a Cup with Detroit that spring and play one more season with them before retiring.  Ponikarovski would go on to score 139 goals and 184 assists in a 12-year NHL career spent mostly with Toronto.

Mike Comrie
Coming out of the University of Michigan, Comrie was drafted by the Edmonton Oilers in the third round, 91st overall, of the 1999 Entry Draft.  The Oilers got that pick from the Nashville Predators in return for defenseman Craig Millar.  Nashville got it on July 14, 1998, as part of the package that returned Doug Brown to the Red Wings after the Predators claimed him in the expansion draft.  In a 589-game NHL career split across six teams, Comrie would score 168 goals and add 197 assists.

Mike Green
Now a Red Wing via free agency, Detroit gave up the chance to pick Green when they sent their first-round pick in the 2004 Entry Draft (29th overall) to the Washington Capitals in the deal for Robert Lang.  Green went on to score 113 goals and 247 assists in ten years with the Capitals, driving their power play.  He’s added 21 goals and 50 assists in two seasons since coming to Detroit.

Steve McCarthy
Never a flashy player, McCarthy nonetheless appeared in 302 career NHL games over a nine-season career split between the Chicago Blackhawks, Vancouver Canucks, and Atlanta Thrashers.  McCarthy came into the league via Detroit’s first-round pick in the 1999 Entry Draft, 23rd overall.  That pick was acquired by the Blackhawks along with a first-rounder in 2001 and Anders Eriksson for Chris Chelios on March 23, 1999.  Chelios would play 578 games with the Red Wings over ten seasons.

Honorable Mention – Jakub Chychrun
Chychrun, a top prospect heading into the 2016 Entry Draft, slid down to Detroit’s spot at 16th overall before the Red Wings traded that pick and Pavel Datsyuk’s salary cap hit to the Arizona Coyotes for the 20th and 53rd overall picks.  If he lives up to expectations, he could easily replace McCarthy on this list.

Andrei Vasilevskiy
Newly-annointed starter for the Tampa Bay Lightning, Vasilevskiy has appeared in 90 NHL games, compiling a 2.60 GAA and a .915 save percentage.  The Lighting acquired him with the first-round draft pick in the 2012 Entry Draft (19th overall) that they got from Detroit in return for Kyle Quincey.