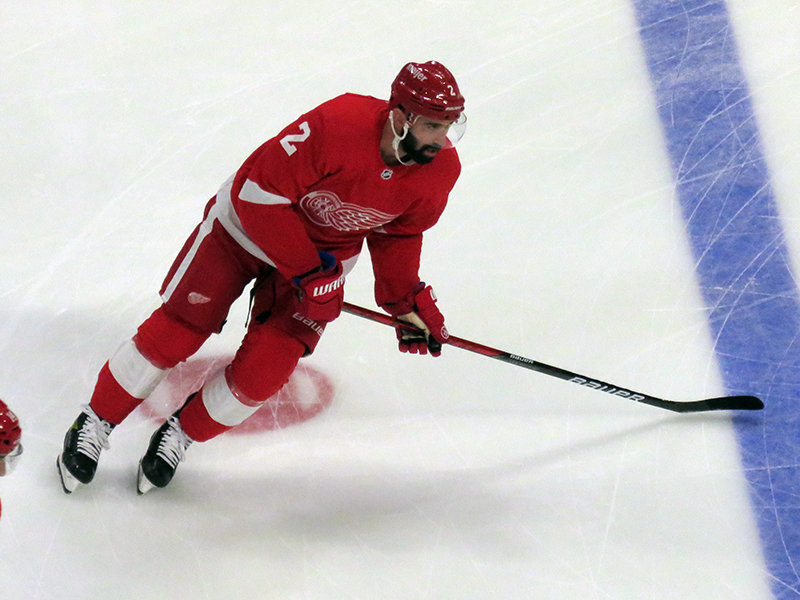 The Detroit Red Wings made an expected move in the lead-up to Monday’s NHL trade deadline, sending veteran defenseman Nick Leddy to the St. Louis Blues for Oscar Sundqvist, Jake Walman, and a second-round pick.

Luke Witkowski, currently with the Grand Rapids Griffins, also goes to St. Louis as part of the deal.

Leddy had been a healthy scratch in games against the Vancouver Canucks and Seattle Kraken last week to prevent him from being injured before a trade could be worked out.

Sundqvist is a fourth-line forward with one year left on his contract after this one, carrying a salary cap hit of $2.75 million.  Walman, a defenseman, will be a restricted free agent this summer.

I like the deal.  I was beginning to think there was no way Leddy would bring back a second-rounder and I’m glad to see that.  The rest is a big “meh” from me but it doesn’t matter with that second included.