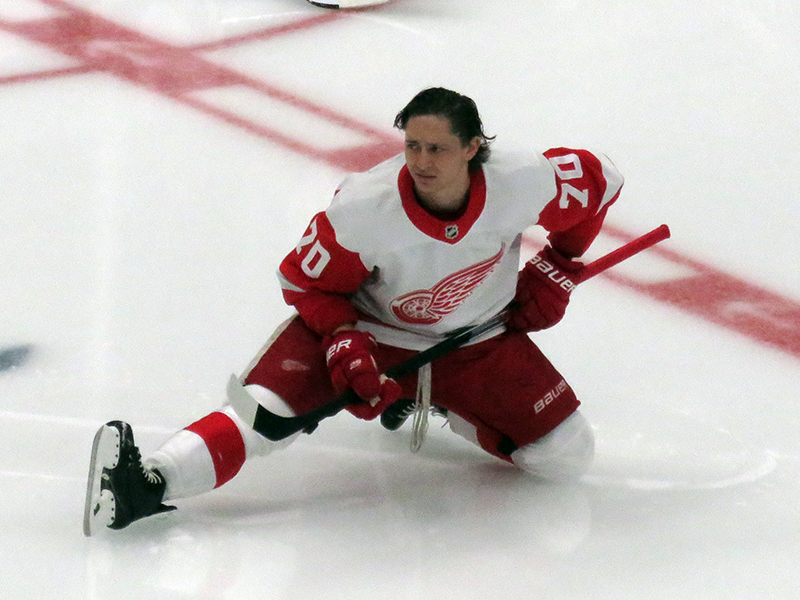 In what The Athletic’s Max Bultman referred to as the “first domino of of the deadline”, the Detroit Red Wings traded defenseman Troy Stecher to the Los Angeles Kings for a seventh-round draft pick on Sunday.

UPDATE: The Detroit #RedWings today acquired a 7th round pick in the 2022 NHL Entry Draft from the Los Angeles Kings in exchange for defenseman Troy Stecher. pic.twitter.com/Ao61adhzzm

The pick is an underwhelming return for Stecher, who was a steadying influence on the Detroit blue line last season and starred for Canada at the World Championships.  This season, however, Stecher has been limited to just sixteen games between injuries and fighting for a roster spot with Gustav Lindstrom.

I was a little surprised that Stecher even played last night in Seattle, with Lindstrom sitting, as I thought that he might be kept out in advance of a trade.

My concern with Stecher only bringing in a seventh is that now we’re going to see Nick Leddy only be worth a fourth or something like that.