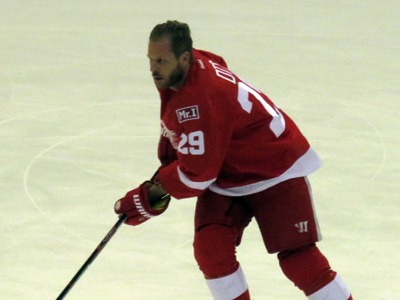 UPDATE: #RedWings acquire sixth-round pick in the 2018 NHL Entry Draft from the Canadiens in exchange for Steve Ott. pic.twitter.com/btNuaxvhf0

I’ve been very vocal about not liking the Ott signing when it happened in July and thinking that there were younger players who should have been playing instead of him over the season.  That the Wings were able to get anything at all for him as the trade deadline nears is fantastic to me.

Ott joins Tomas Jurco and Brendan Smith as upcoming free agents Detroit has traded away with the NHL’s trade deadline approaching.  Thomas Vanek remains their biggest name in play, though there have also been rumors about Riley Sheahan and – to a much lesser extent – Drew Miller.


Wings Call Up Callahan from Griffins