With just under two hours left before the NHL’s trade deadline on Monday, the Detroit Red Wings traded winger Andreas Athanasiou to the Edmonton Oilers, along with Ryan Kuffner, for Sam Gagner and two second round picks.

I know there are a lot of people pointing at Athanasiou and saying “What could you expect for a slumping forward who doesn’t play defense?”  And there’s truth to that.

But what I said last night and what I’ve said year after year is that I’m tired of this team not being able to make strong sales at the deadline.  This is going to be the Red Wings’ big move and it brings back two second round picks, probably in the 45th to 55th overall range.

Are there good players available in that range?  Of course.  Yzerman plucked Nikita Kucherov from there in 2011.  But it’s much less of a sure thing.  And, given Detroit’s draft history rather than Yzerman’s, I don’t think it’s unreasonable to want to pick in a position with a little more confidence than they will be picking.  Because in that same 2011 second round, Detroit had three picks before Yzerman grabbed Kucherov, and the Red Wings came away with Tomas Jurco, Xavier Ouellet, and Ryan Sproul.

In short, I know that two second round picks aren’t a bad return for Athanasiou, but as a fan of the Red Wings, I’ve been burned on the whole idea of picking a bunch of times in the second or third round enough that I don’t trust it.

All that said, two seconds was the price Detroit set, and Edmonton matched it, so I can’t really say the Wings’ got screwed if that was the deal they were always looking for.

As for the rest of the trade…  Kuffner I don’t care about and Gagner is a warm body coming back the other way, clearing some cap space for Edmonton. 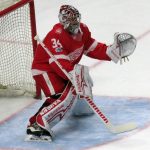 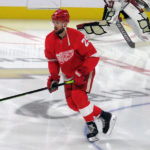 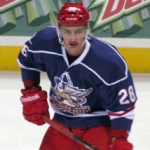 One thought on “Red Wings Send Athanasiou to Edmonton”