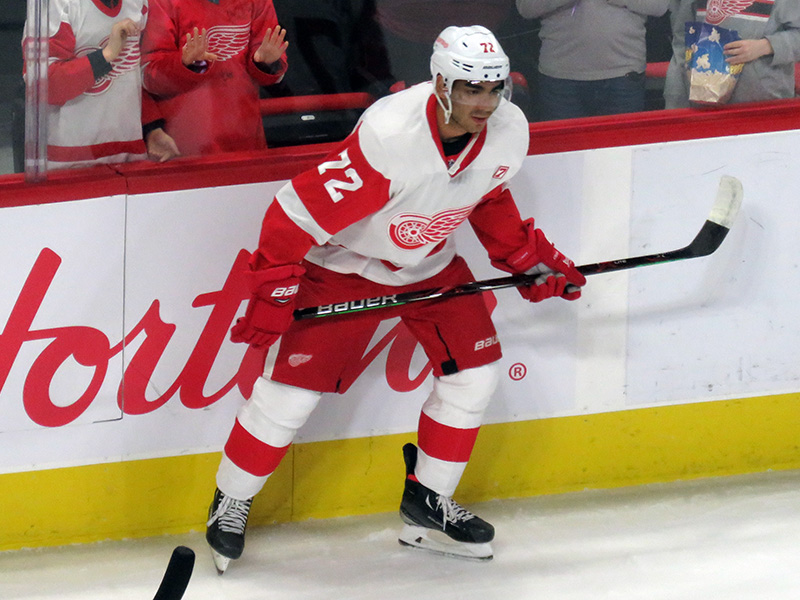 168
0
by Clark Rasmussen
In General

We’re about 16 hours away from the NHL trade deadline and the thought that keeps coming into my head is how disappointing it all is.

Traditional thinking about the trade deadline is that rebuilding teams will sell off their expiring veteran contracts in return for assets to help the rebuild.  This is nothing new.  In the coming hours, the Red Wings will attempt to do that.  It’s the NHL’s circle of life.

But while the names of Mike Green and Trevor Daley get thrown around as possible trade targets, the name generating perhaps the most buzz is Andreas Athanasiou.  I can’t help but think that it’s a sign of how dysfunctionally constructed this team is that, because their veterans have so little value, to fuel the rebuild the Red Wings must look at dealing a 25-year-old pending restricted free agent.

In 2017, the big trade piece out of Detroit was supposed to be Thomas Vanek, who ended up only fetching a third round pick and Dylan McIlrath when a market never developed.  Moving Vanek, Steve Ott, Brendan Smith, and Tomas Jurco cleared roster spots and got at least something in return for a handful of pending free agents, but there were no first-round picks or top prospects coming back.

In 2018 that was supposed to change as Green would be a pending free agent and, clearly, the former NHL All-Star would draw interest.  Instead, Green spent the deadline injured and then-GM Ken Holland was forced to deal Tomas Tatar.

Now, let me be clear, the return for Tatar was fantastic.  But it needed to be in moving a 27-year-old with three more years left on his deal.  And it didn’t negate the disappointment of being unable to move Green.

Last year Gustav Nyquist and Nick Jensen may have been on the younger side of players you’d expect to move out during a rebuild but they were both pending unrestricted free agents, so moving them made sense.  Again, though, no marquee piece came back.  And again, no market formed for other Red Wings veterans such as Jimmy Howard and Niklas Kronwall.

Finally, we come to this year, where the Red Wings have Green again available, as well as Daley.  Howard is again a pending unrestricted free agent, as is Jonathan Ericsson.  But no body seems to want any of them because their games have fallen off a cliff.  So, much like 2018, in order to escape this deadline having acquired anything of value for the rebuild, Athanasiou has to be made available.

Maybe Athanasiou brings back something like Tatar did.  I can’t see it happening, though.  What I don’t want to see is Athanasiou bringing back the third round pick that Vanek got (or even the second and third round picks that Nyquist got) and the Wings feeling forced to make that move simply because they have no other moves to make.

The feeling I’m getting right now, though, is that feeling of disappointment.  The feeling that there won’t be a market for any of the Wings’ players and they’ll have to settle a bad deal just to come out of the deadline with anything.