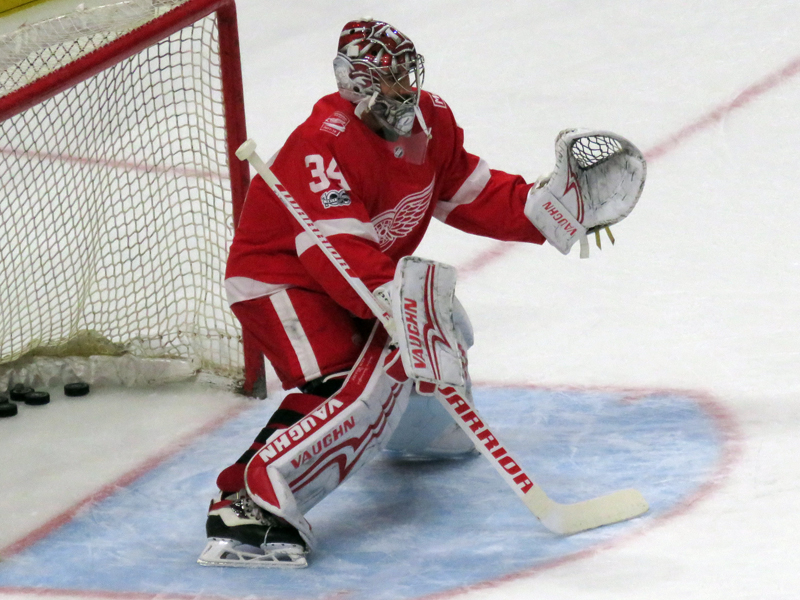 96
0
by Clark Rasmussen
In General

The Red Wings cleared up their crease logjam on Monday, sending goalie Petr Mrazek to the Philadelphia Flyers for a pair of conditional draft picks.

The Flyers found themselves in need of a goalie over the weekend, when backup Michael Neuvirth was injured during their win over the New York Rangers.  With starter Brian Elliot already shelved for several weeks and Philadelphia battling for playoff position, Mrazek will give them stability while Elliot and Neuvirth recover.

The Red Wings, meanwhile, get something in return for a player they left unprotected in the expansion draft last summer and probably would not have signed to a contract extension this offseason.

Detroit retains 50% of Mrazek’s salary in the deal.

Personally, this is frustrating for me because I think the Wings should have stuck with Mrazek over Jimmy Howard simply because he’s younger and they have virtually nothing in the goaltending pipeline.  Jared Coreau will likely replace Mrazek in the lineup for now and Keith Petruzelli is years off.  Additionally, Howard probably had the higher trade value, though I can’t say that for certain.

The retained salary is nothing, as Detroit doesn’t need it for the rest of this season.  They should retain 50% in Mike Green’s eventual deal, too, and charge more for it.

If I had to guess, the conditions of at least one of those picks are the Flyers re-signing Mrazek, which probably won’t happen.

If the conditions – whatever they are – are met, though, that’s a decent return given Mrazek’s play over the last couple years.  I still believe in him and think this could look really bad for Ken Holland over time, but there’s potential for this to be a good deal.

Ninja Edit: Bob McKenzie has the previously-mysterious conditions, and we got one of them right…

DET guaranteed no less than a 4th round for Mrazek. If PHI makes playoffs and Mrazek wins 5 games for PHI in reg season, 4th becomes a 3rd. If PHI advances to CF, and Mrazek wins six playoff games, the 3rd becomes a 2nd. If PHI re-signs him next season, DET gets PHI 3rd in 19.

So I don’t think the 2019 pick happens at all and the 2018 pick could pretty easily become a third. Mrazek for a third seems low but, again, I believe in him, so I would say that. Getting anything for an asset that could have been lost for nothing is good.


On Draft Pick Quantity vs. Quality