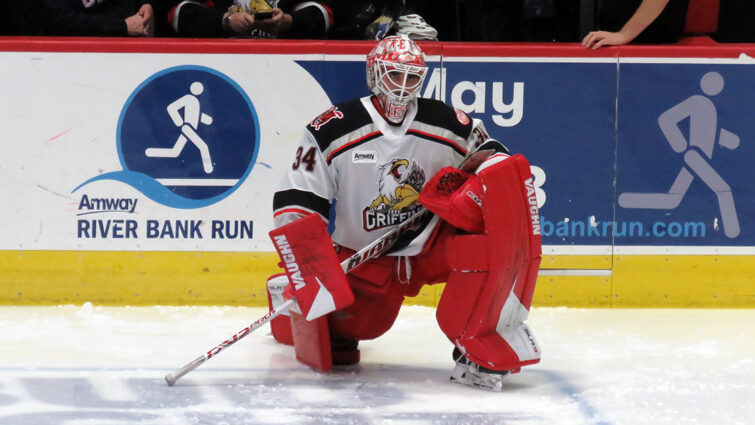 Thoughts on Nedeljkovic on Waivers

For the second time in a month, a Red Wing who had once been expected to be part of the team’s long term future was put on waivers.  This time it was goalie Alex Nedeljkovic.

Nedeljkovic had a horrible start to the season, going 2-4-2 with a .880 save percentage and 4.09 GAA.  He only registered a quality start (per Rob Vollman’s quality start metric) in .250 of his games.  All of those numbers are career-worst.

The early-season goalie rotation between Nedeljkovic and newcomer Ville Husso quickly gave way to Husso getting the majority of the starts.  Then Detroit claimed former Red Wing Magnus Hellberg off waivers on November 23 and Nedeljkovic’s outlook got murkier.

After a loss to the Florida Panthers on December 8, Nedeljkovic was confined to the bench or the press box.  Detroit was clearly attempting to make him eligible for a conditioning loan to the Grand Rapids Griffins, perhaps best exemplified by his remaining on the bench during the Wings’ December 29 loss to the Buffalo Sabres, when Hellberg gave up five goals in 34:02 of play but remained in the game as replacing him with Nedeljkovic would have restarted that clock.

Nedeljkovic eventually reached the point where he could be sent to the Griffins for conditioning.  There, he’s gone 3-2-1 in six starts with a 2.30 GAA and .920 save percentage.

As I did when the Red Wings waived Jakub Vrana, though, I still think Nedeljkovic on waivers is weird.  Not because of his play – though I’m not really sure Hellberg is that much of an upgrade over him, with Hellberg also sitting at a .250 quality start percentage – but because of the timing.

The supposed idea of sitting Nedeljkovic for a month so he could get that conditioning loan was to get him an opportunity to play minutes and get his game back under control in the AHL, where it couldn’t hurt Detroit’s playoff chances.  Nedeljkovic sat, then went down and did everything that was asked of him.  That doing so doesn’t matter makes me think that there was nothing he could have done to get the backup job back.

If that’s the case, though, then why not just waive him down to the Griffins in December?  Why bother with the month-long benching at all?

What are we to believe changed between early December and now to convince the Red Wings’ brass that Nedeljkovic should be waived?

Maybe Nedeljkovic gets claimed, maybe he doesn’t.  I thought Vrana would be claimed and he made it through.  Either way, this just feels weird to me.  The timing doesn’t make sense.