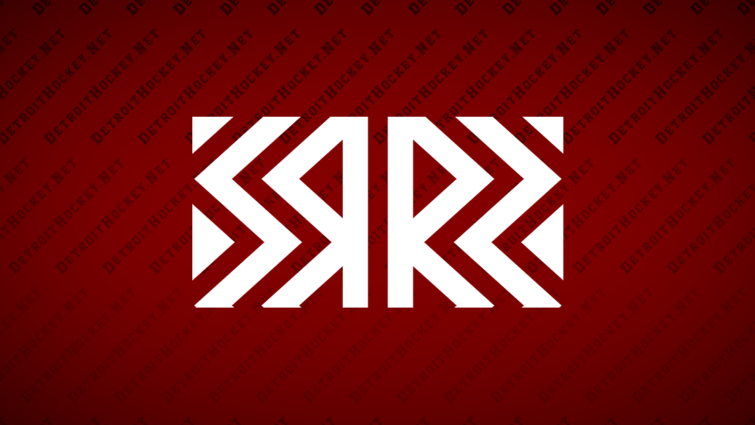 It’s almost Christmas for jersey design geeks like me.  The NHL is expected to reveal its slate of Reverse Retro jersey designs for the season Thursday morning and each team dropped a teaser video via social media Wednesday afternoon.

Obviously there’s not a whole lot to see there but there are some key takeaways.

Detroit’s jersey appears to include white sleeves with three red stripes.  Those stripes are very similar to the sweaters the team wore as the Detroit Cougars in 1927-28 and 1929-30.  The Red Wings threw back to that design for the NHL’s 75th season in 1991-92 (and again for one game against the Chicago Blackhawks in 1994).

Now, I love that design, I’ve got one of the 1991-92 jerseys in my closet, but there’s one problem with it.  It doesn’t really fit the spirit of the Reverse Retro program.  From what we can see, those sleeves are the same (or at least as similar as they can be given changes in jersey cut over the years) as the original design while Reverse Retro is about changing things up.  And I think I can see where they’re changing things up.

If you crank up the brightness and tweak the contrast on a still from the teaser video, you see what appears to be a smudge over the front of the jersey. 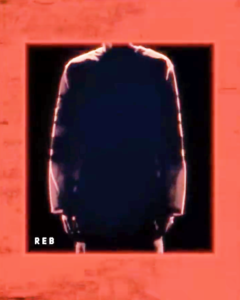 It’s hard to tell in the smaller image embedded in this post but click through to the full-sized one and it looks like there’s a blur across the chest of the jersey.  Like the video was edited specifically to obfuscate that spot.  This leads me to believe that, rather than the “Detroit” lettering previously used with this design, there will be a logo on the chest.

The Red Wings haven’t used a lot of logos in their history so, the way I see it, there are only a couple options here.

One would see the Winged Wheel slapped on the front of the jersey.  I actually proposed that as an option for the first batch of Reverse Retros, with the colors flipped as well. 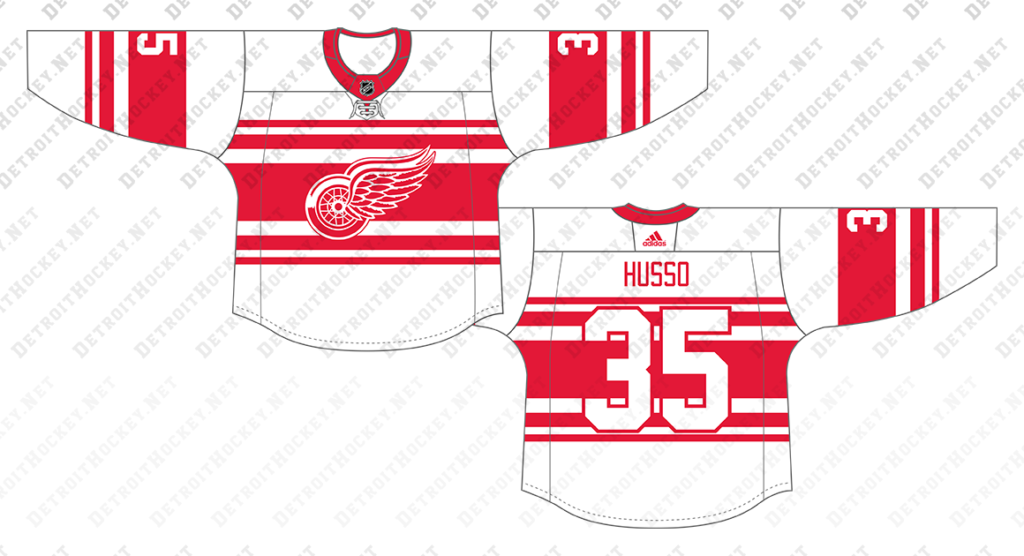 A “Reverse Retro” concept jersey for the Red Wings, featuring the Winged Wheel on the 1927-28 Detroit Cougars sweater template.

I think that gets a little muddled, but I also thought that Detroit’s first Reverse Retro was ridiculous so I can’t rule it out simply because of that.

But what if they went with the Old English D on the front of the jersey? 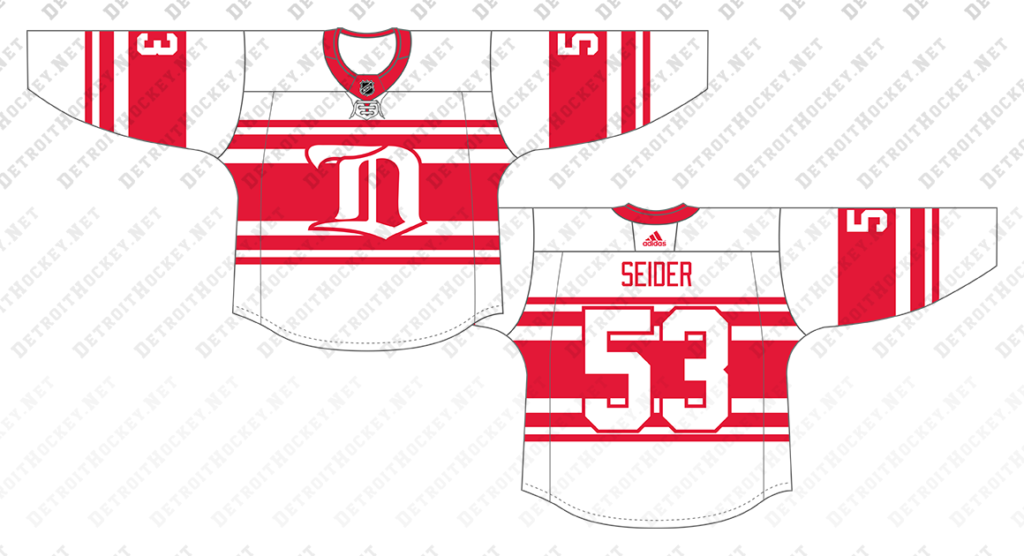 That’s a bit cleaner, I think.  I could get behind something like that.

That said, the fact that the Wings made silver such a big part of their previous Reverse Retro completely blindsided me, so what do I know?  Maybe they’ll roll out the 1927-28 sweaters with the “Detroit” wordmark and add some silver stripes this time to satisfy the Reverse Retro spirit.  Maybe some of those stripes I think are red are actually black.  We’ll see soon.