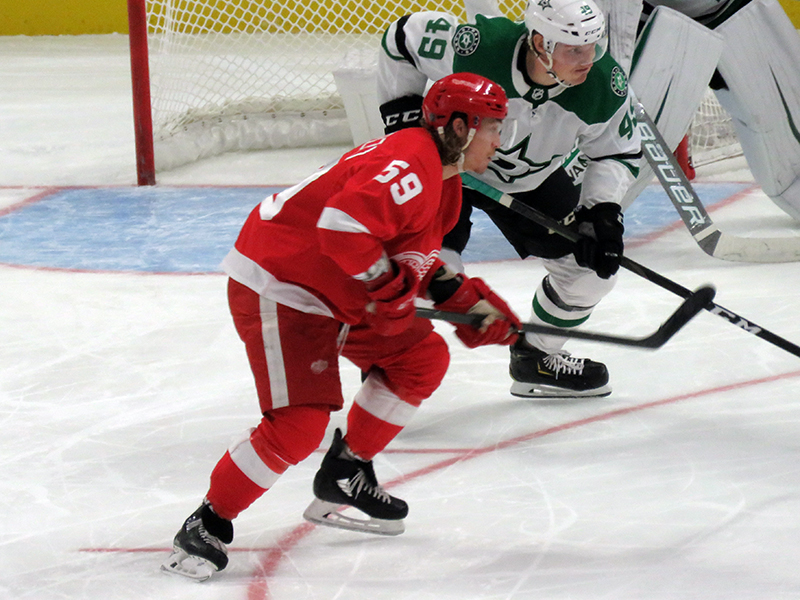 The Detroit Red Wings announced on Tuesday that they have accepted an arbitrator’s award of a one-year, $3.5 million contract to Tyler Bertuzzi.

The terms of the contract were based on the ruling of an independent arbitrator who heard the case on Oct. 25 and issued the decision today. pic.twitter.com/hLNfhOfQZH

Bertuzzi will be a restricted free agent again after the deal expires.

The Red Wings had reportedly asked for a $3.15 million salary while Bertuzzi went for $4.25 million.  Obviously, the arbitrator agreed more closely with the team’s argument.

The salary commitment to Bertuzzi was never going to be a problem with regards to the Red Wings’ salary cap constraints.  On a one year term, the actual number was only important for setting the scene for his next deal.

Prashanth Iyer of Wings for Breakfast recently tweeted about the Wings’ disastrous season over-inflating the value of some players.  I agree with that concern.  Bertuzzi could be Detroit’s third-best forward, but where would he slot in on a good team and how would he get paid relative to that?

The bottom line is that you don’t want Bertuzzi to be the next Justin Abdelkader, so it’s important for the Red Wings to delay having to make a decision on paying him top dollar until they’re sure he’s worth it.  Is there a risk that, in the next year, Bertuzzi could earn a bigger contract than he had up to this point?  Of course.  Personally, I haven’t seen enough from Bertuzzi to think that risk outweighs the reward, though.

The only really interesting thing about this is that, due to arbitration having been required, a second buyout window will open for the Red Wings.  Theoretically, they could now buy out Frans Nielsen.

That said, I don’t think they should.  They can overpay Nielsen this year and look at buying him out next summer, even if they decide to bury him in Grand Rapids for the year (or somewhere else, at least, depending on what the AHL’s schedule looks like).  Of course, I also wouldn’t have bought out Abdelkader this year, so what do I know?

On Possible “Reverse Retro” Jerseys for the Red Wings