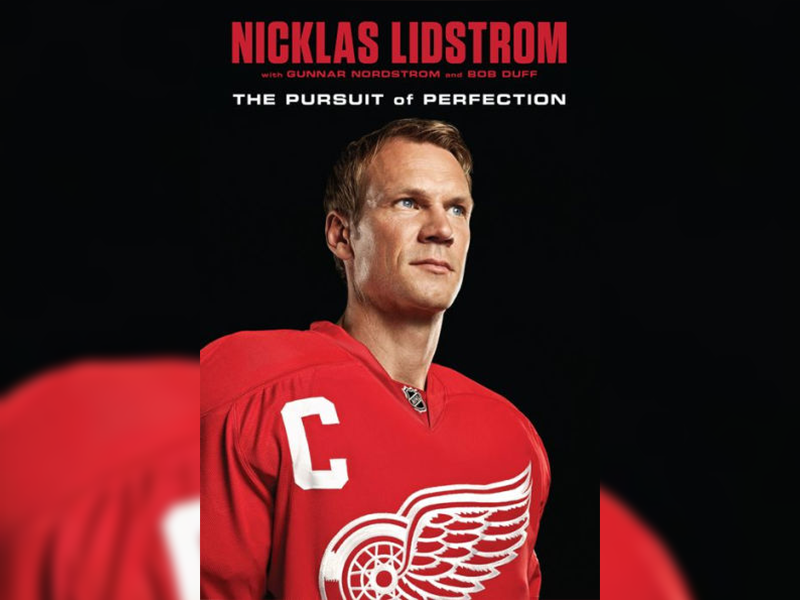 147
0
by Clark Rasmussen
In Book Review

Four years after being released in Sweden, Nicklas Lidstrom‘s biography is getting a bit of a makeover and an English release. Originally titled Lidstrom: Captain Fantastic, the update carries the name Nicklas Lidstrom: The Pursuit of Perfection.

Disclaimer: Not being Swedish-speaking, I never read the original. As such, I can’t speak to how much the actual content changed between the Swedish and English releases. While the increased page count (roughly 200 in the original compared to 278 [plus some pages of photos] in the new edition) would imply significant new content, it could also be due to a formatting change or the addition of an appendix including Lidstrom’s stats and records. The new book’s final chapter does reference events that occurred after the original’s release, so at least some of the content is new.

I’ve stated in the past that I like biographies that give a different view to the stories we already know. In the Internet Age, with events reported on from seemingly every angle in real-time, that gets harder and harder to do. Lidstrom’s biography is no different on that front. This being a second release makes it even more difficult, as the chapter discussing his injury during the 2009 Western Conference Finals might have been shocking had it not been revealed four years ago.

What makes Lidstrom’s biography unique is what made Lidstrom himself unique: consistency. Every chapter carries the same thread forward, showing how Lidstrom worked like a machine at every level of his career.

A chapter about his youth playing days? Here’s a quote from a coach describing how he was different even then. His rookie year in the NHL? Here’s Brad McCrimmon saying virtually the same thing. His international career? Here’s Peter Forsberg. His NHL breakout? Wayne Gretzky. His ascension to the captaincy? Steve Yzerman. The end of his career? Drew Doughty.

At every level of his career it would appear that the biggest names on the stage recognized just how unique Lidstrom was. Reading those players gushing over Lidstrom is a big part of what makes this book fun.

My personal favorite story from the book would be the one that’s also the most painful to me as a fan, as Lidstrom describes how much it hurt to lose Game Seven of the 2009 Stanley Cup Finals. To see that it still haunts Lidstrom shows his humanity as a contrast to the machine-like performance he’s so famous for.

One final note: The book’s cover carries a bit of a lie.

I read that as “Nicklas Lidstrom with Gunnar Nordstrom and Bob Duff.” An autobiography with help from a couple professional writers. Which would be acceptable; I don’t think anyone would have been surprised if Lidstrom had narrated his story and allowed the writers to shape it as necessary.

The problem the book is in the third person. I don’t know how much was written by Nordstrom and how much came from Duff but – aside from the photo captions – it would appear none of it was written by Lidstrom himself. As such, it’s not so much “with” Nordstrom and Duff as it is “by” them. That might be a small thing but I do think it’s worth noting.

Nicklas Lidstrom: The Pursuit of Perfection is scheduled for release next week, on October 1, 2019.


Thoughts on the Opening Night Roster