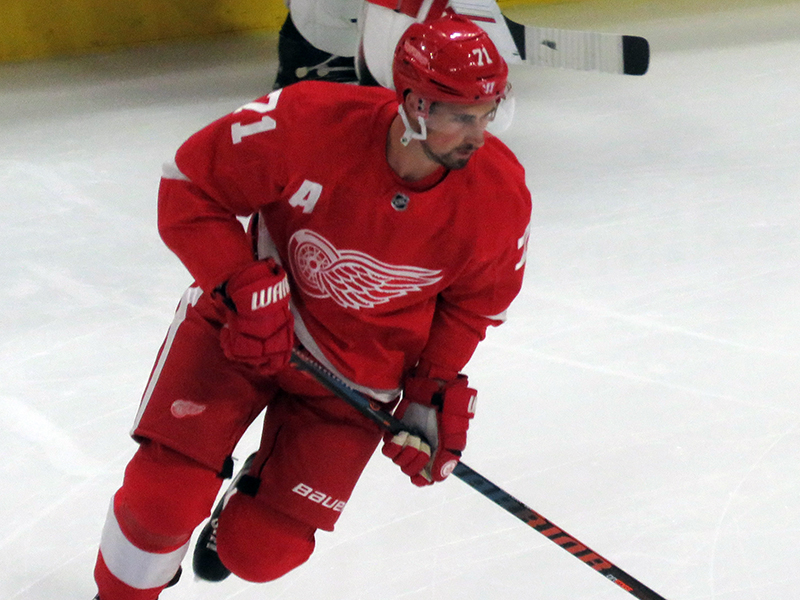 Thoughts on the Opening Night Roster

249
0
by Clark Rasmussen
In General

I’ve struggled to put together words about what I think of the Red Wings’ expected lineup on Saturday in Nashville.

Some years you can look at the lineup and there’s something odd about it, either good or bad, that makes things interesting.  An unexpected missing player or a prospect who had a breakout camp to make the team.

Maybe you could say the absence of Niklas Kronwall is the former but, given the fact that his retirement was kind of telegraphed and the glut of defensemen on the Red Wings’ roster, I don’t really think so.

The roster that the Wings will open the season with has pretty much been set since the July 1 signings of Patrik Nemeth and Valtteri Filppula.  Once Adam Erne was acquired on August 14, the idea of Filip Zadina or Joe Veleno or Evgeny Svechnikov challenging for a roster spot in camp was put to bed.

I’ll admit, part of why I was hopeful that the Red Wings would claim Josh Ho-Sang off of waivers is that at least it would be a surprise and give something to follow.

I’m not saying there’s nothing exciting about the Detroit lineup.  It’s just most of that excitement is centered around six or seven players.

Yes, I want to see what the line of Dylan Larkin, Anthony Mantha, and Tyler Bertuzzi can do together over an entire season.  I want to see if Taro Hirose is the real deal after the hot start to his pro career last spring.  I want to see if Filip Hronek takes another step and if Dennis Cholowski can stick in Detroit.

And I always want to watch Andreas Athanasiou.

That’s a third of the team.

There are a lot of players on the Red Wings’ roster for whom my hope going into the season is simply that they don’t regress.  Or, in some cases, don’t continue to regress.  My expected best case scenario for them is for me to not notice they’re out there.

This is not going to be a good team.  Yeah, some of the players have to talk about just getting in and then surprising people.  Aside from that, no one is predicting Detroit to finish outside of the bottom five in the league.

This is a rebuilding team.  We should expect them to be bad.  It’s beneficial, to a certain extent, for them to be bad, as it should help their draft position.

This team is built to lose, but hopefully not embarrassingly.  A big part of the roster is there to just not screw up so badly that the remaining players can’t make something of it.

That’s not much to get excited about.