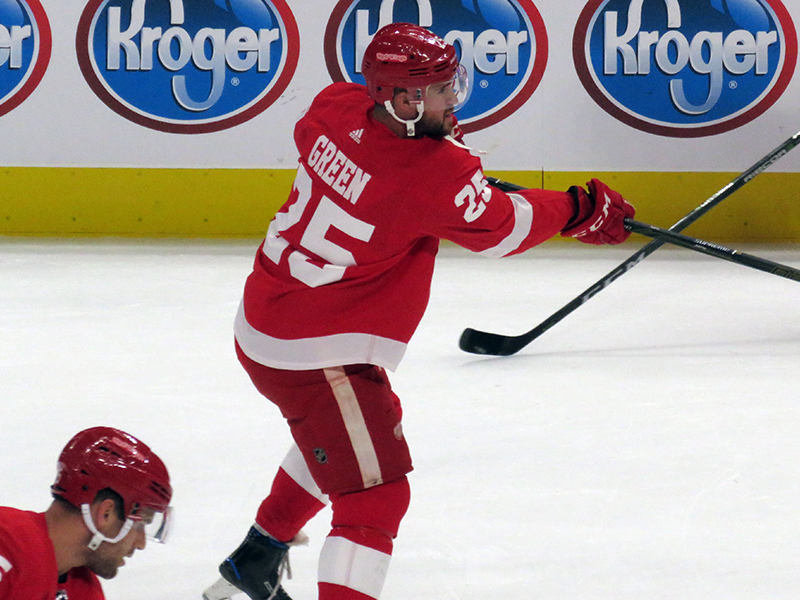 With the Red Wings opening up their preseason exhibition schedule tonight, I figured it was time to make the annual public service announcement about their jerseys.

No, it’s not a permanent change.

Detroit does this every preseason and seemingly every year it causes some to question what happened to the team’s traditional vertically-arched nameplates.

Maybe you like the romantic-sounding “the players have to earn the fancy nameplate” reason.  Maybe you accept that vertically-arched nameplates for a 60-man preseason roster would be a lot of effort for the Red Wings’ equipment staff.

Whatever reason you like, it’s not permanent.  They’ll be back to the normal lettering come Opening Night.


On Nicklas Lidstrom: The Pursuit of Perfection