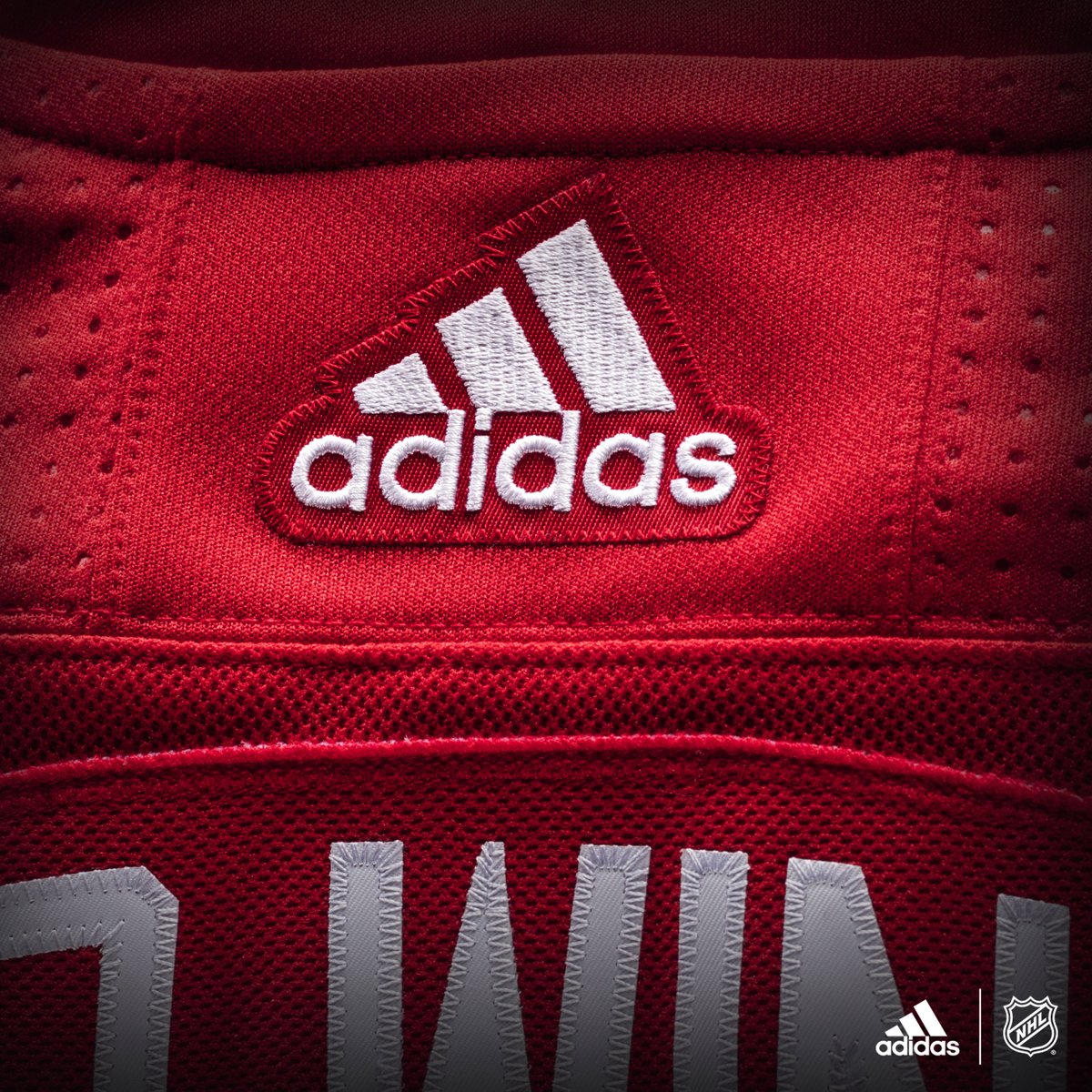 The National Hockey League’s jersey manufacturer will switch from Reebok to adidas next season and with it comes new standards in jersey design.

Much like the league’s hyped move to the Reebok Edge system in 2007, many teams are taking the opportunity to change up their looks in some way or form.  Fortunately – as was the case then – the Red Wings are not expected to make much of a change.

A teaser image Tweeted out today does seem to show a difference, however.

That appears to be a sewn-on nameplate, which the Red Wings haven’t used with their vertically-arced lettering.  Up until now, Detroit player names have been sewn directly onto the jerseys.

Personally, I think arched nameplates look awful, but the replica jerseys have been sold this way for several years now and I’m sure they’re easier to manufacture.

Across the NHL, the Colorado Avalanche and New York Rangers are the only other teams to used arched player names.  Both of those teams use nameplates sewn onto the jerseys.

We’ll have to wait until the new jerseys are unveiled in five days to see if the arched nameplate makes an appearance.