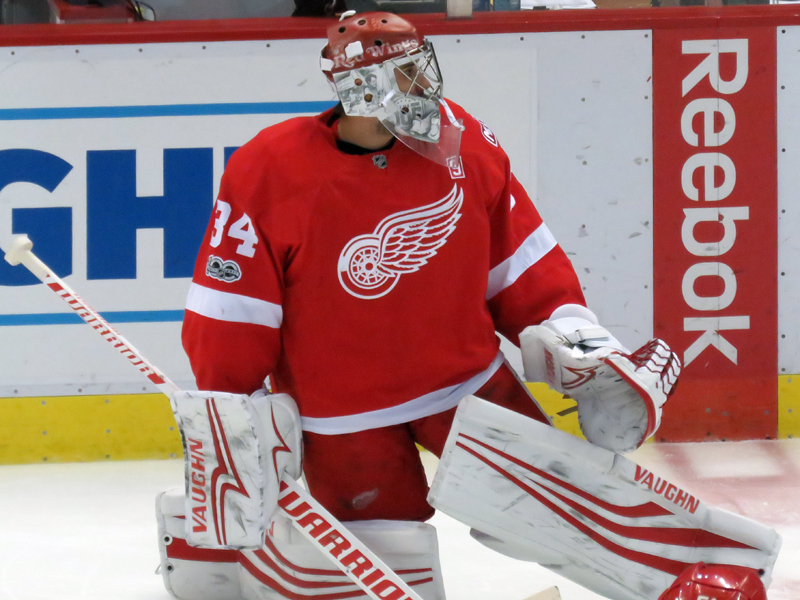 113
0
by Clark Rasmussen
In General

There were few surprises when the Red Wings’ expansion draft protection list was (eventually) released this morning, but the one that did come down was a big one, as the team opted to protect goalie Jimmy Howard rather than Petr Mrazek.

I’ve been ranting about this on Twitter all morning, so obviously I think this is the wrong move.  Let me touch on a couple other things first, though.

I half-expected Niklas Kronwall to be protected, even though his contract and injury history make him pretty much unclaimable, so seeing him available is good.  Similarly, the Red Wings could have left Andreas Athanasiou unprotected to protect Darren Helm but didn’t.  So there were some good choices here.

Let’s come back to the goalies, though.

Yesterday the Arizona Coyotes and Calgary Flames made waves with the Coyotes sending veteran goalie Mike Smith to the Flames for a pick and a prospect.  At the time, I wondered how Ken Holland couldn’t have gotten a deal done to send Jimmy Howard to Calgary instead, as the Wings certainly could have asked for less, with the cleared cap space being the real acquisition for Detroit.  After all, Smith is two years older than Howard, signed for more money, and had worse stats than Howard last season.

One response was that Smith is seen as more durable than Howard.  While that’s possible, it’d be somewhat ridiculous, as Howard missed significant time last season but Smith missed half the year in 2015-16.

Another idea was that Calgary GM Brad Treliving specifically wanted Smith, as he was with the Coyotes when they signed him.  That’s always possible, but I find it hard to believe that familiarity was worth the higher price paid for Smith than the Wings would have to have asked for Howard.  Either Treliving did a disservice to the Flames by overpaying for a goalie or Ken Holland did a disservice to the Red Wings by not negotiating hard enough to trade Howard.

I’m also focusing on Howard here because we know the Flames traded for Smith and Howard is more like Smith than Mrazek is.  We have no idea what kind of deal it would have taken to move Mrazek to Calgary but we can guess what kind of deal would have gotten Howard there.

If Howard gets dealt yesterday, Mrazek gets protected today, and concerns about losing a goalie for nothing are gone.

I think it could have been avoided, but regardless the reason, the Red Wings hit yesterday’s deadline with two NHL goalies on their roster and could only protect one.

With that out of the way, some thoughts on protecting Howard over Mrazek…

There’s a lot of chatter that neither will be selected because there are better goalies available.  If that’s the case, I would think you try to slide Howard through because at 33 and with a $5.29 million cap hit and coming off an injury-filled season, it’s less likely that he gets claimed, just in case.

If there’s a deal in place to “guide” the Golden Knights towards picking a certain player, it doesn’t matter who you have unprotected.  That said, Ken Holland said he wasn’t going to do that.  Kenny has lied to us before, though.

Ignoring both of those, the reason to leave Mrazek unprotected is because you don’t care if you lose him.  For a team in the Red Wings’ position, that’s a mistake.  This team needs to get younger and cheaper, even if that means worse (which I think it arguable).  Shed bad contracts and look to the future.  You do that by protecting Mrazek, not Howard.