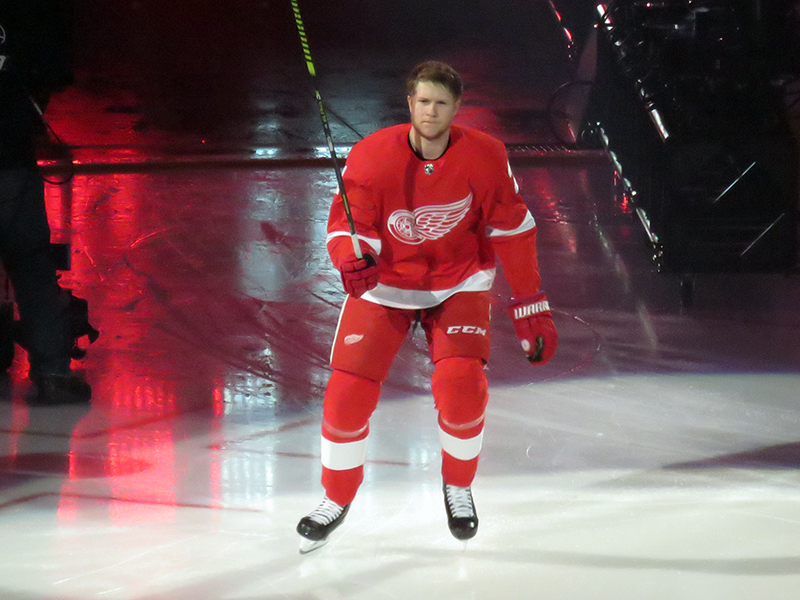 Protection lists for each of the National Hockey League’s teams in the upcoming Seattle Kraken expansion draft were distributed at 10 AM on Sunday and, unsurprisingly, began to leak out almost immediately.

In order to protect defenseman Nick Leddy – acquired from the New York Islanders on Friday – Detroit chose to expose Troy Stetcher, coming off a fantastic turn at the World Championships that included an assist on the tournament-winning goal.

There had been much discussion about whether or not Stetcher would be exposed in order to protect young defensemen Dennis Cholowski – a former first-round pick – and Gustav Lindstrom.  Instead, Stetcher’s presumed spot went to Leddy.  Filip Hronek and Lindstrom were the other two defensemen protected, leaving Cholowski exposed.

At forward, Vladislav Namestnikov was exposed in order to meet eligibility requirements.  Richard Panik had been the only other Red Wings forward who had played enough games, was under contract for the coming season, and who wasn’t a lock to be protected, but Panik was sent to the Islanders in the Leddy deal, forcing Namestnikov to be left off the list.

Namestnikov’s exclusion left room for Detroit to protect Givani Smith, with another former first-rounder, Evgeni Svechnikov, as the odd man out up front.

As expected, Thomas Greiss was the goalie Detroit protected, as Jonathan Bernier is a pending unrestricted free agent.

Other notable – but not necessarily surprising – names left exposed by Detroit include Danny DeKeyser and Frans Nielsen.