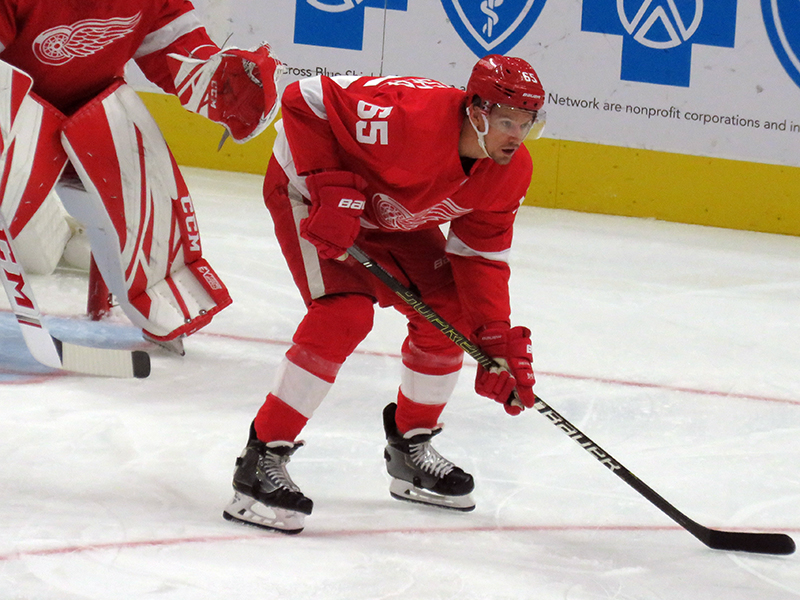 With the Red Wings’ exhibition schedule wrapping up in Buffalo today, we may not yet know what their opening night roster will look like but we do have some data to work with towards guessing who the team’s new alternate captains might be.

With the offseason departures of Luke Glendening and Frans Nielsen, both of Detroit’s alternate captain slots opened up.  The expectation was that the team wouldn’t announce replacements until opening night against the Tampa Bay Lightning on Thursday but it would be a surprise if someone who didn’t wear an A all preseason were handed one to start the regular season.

There doesn’t appear to have been any kind of rotation among those players, where some wore the A for home games and other for road games.  As such, I think we can limit the potential new alternates to players who wore a letter for every preseason game in which they appeared.

That removes Leddy, Hronek, Stetcher, Erne, and Namestnikov from the list.

Fabbri wore the A for all three exhibition contests in which he appeared, as did Staal and DeKeyser.  Gagner was an alternate in all four of his games played.

I think this shows that Detroit’s new alternate captains will be some combination of those four players.

I’m already on the record as thinking that Gagner and DeKeyser will be the new alternates and I hadn’t considered Fabbri at all but I admit that I kind of love the idea of number 14 wearing the A for Detroit again, for nostalgia’s sake if nothing else.