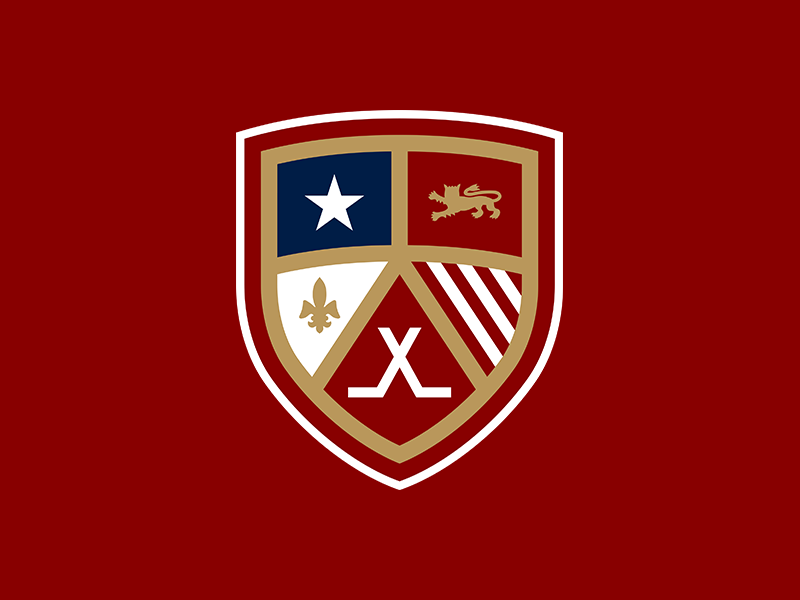 On the New DH.N Logo, Trademarks, and the Detroit Tigers

Over the weekend, DetroitHockey.Net rolled out a new logo, the fifth in the site’s history.

For the first time, we’re abandoning the combination of an Old English D and crossed sticks.  The new logo instead is based on a deconstruction of the City of Detroit’s flag. 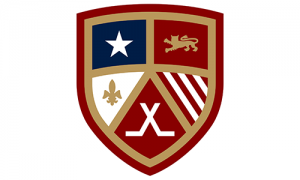 DetroitHockey.Net’s new logo, featuring elements from the flag of the city of Detroit 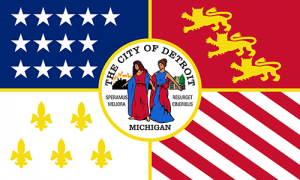 Detroit’s flag is quartered, with each section separated by a yellow-gold border and the city seal in the center.  The three countries that have ruled over Detroit are represented, with five gold fleurs-de-lis emblematic of France on a white field in the lower hoist, three gold lions for England on a red field in the upper fly, and thirteen white stars on blue in the upper hoist and 13 red and white stripes in the lower fly representing the United States.

The new DetroitHockey.Net logo combines each of these symbols, in addition to our traditional crossed hockey sticks, in a shield divided into five sections.  In the upper-left is a single white star on a blue field, with one gold lion on red to it’s right. The bottom-left features a gold fleur-de-lis on white while the bottom-right is seven red and white stripes.  In the middle of the bottom is a red field with white hockey sticks. The five sections are separated by a gold border, with a red border around the shield.

While reducing the stars, lions, and fleurs-de-lis to a single of each was a decision made strictly due to space constraints, the seven red and white stripes represent the Detroit Red Wings’ seven Stanley Cup championships at the time of the site’s founding in 1996.

Like the previous logo, the new logo has a version in a roundel containing the site’s name and year of establishment. 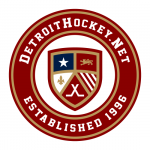 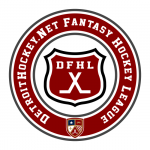 Why make this change?  Well, there’s a short version to that story and a long one.

The short version: The Detroit Tigers made us.

Since this site took on the DetroitHockey.Net name in 2002, we’ve used some form of the combination of a shield with the Old English D and crossed hockey sticks.  From 2002 to 2006, the D was in a shield with crossed sticks behind it. Then the shield was redesigned and the sticks moved into the shield with the D over them. In 2014 the now-replaced version came into use.

For all of that time, we’ve had a little-publicized online store with merchandise featuring the site’s logo and that of our sibling site, FantasyHockeySim.com.  We planned on reworking this store and relaunching it, but we wanted to do it right.

There are a lot of sites out there that sell merchandise based on designs they don’t own the rights for.  We wanted to be in the clear with our designs so last fall we applied for trademarks on our logos.

The 2006 version of the DH.N logo was specifically designed to not infringe on anyone else’s marks.  The shape of the D, in particular, was chosen because it was not the one used by the Detroit Tigers.  Nor was it the one recognized by the Red Wings as the logo of their predecessors, the Detroit Cougars.  In non-technical terms, the Tigers’ D was narrower and pointier than ours.  Our D was always used in concert with the shield and sticks. These design elements were carried into the 2014 version of the logo.

The idea was that, yes, the logo might include an element that was similar to the Tigers’ mark.  However, as a whole, it would not be confused with the Tigers’ logo, with possible confusion being the primary concern of the US Patent and Trademark Office.

A side-by-side look at the Detroit Tigers’ logo and the 2014 version of the DetroitHockey.Net logo.

Moreover, it was – and is – our contention that the Tigers’ Old English D logo is a weak mark.  It’s a letter. We think you have to draw the line somewhere on what form of Old English D is theirs and what isn’t.

Additionally, the Old English D represents Detroit as a city.  You see it on t-shirts, in bars, and on billboards that have nothing to do with the Tigers or baseball.  And some that do.

By law, trademark holders must defend their marks or risk forfeiting them.  Given the use of the Old English D across Detroit, it was – and, again, remains – our belief that the Tigers’ have a weak mark.

Our mark was published for opposition in April.  This gives existing trademark holders a month to review any possible conflicts.  If there is a conflict, they can oppose the mark or they can file for an extension.  Lawyers for MLB Properties took the latter route, then contacted us.

Their argument was that the Old English D is not a weak mark and that the only reason it has come to define Detroit as a whole is because it is used by the Tigers.  They informed us that, not only would they be opposing our trademark, but they were opposing our use of the logo at all.

At that point, our argument became theoretical.  DetroitHockey.Net cannot afford to get into a legal battle with Major League Baseball over the meaning of the Old English D.  Their mark may indeed be weak, but their wallet is strong.

So back to the question: Why make this change?  Depending on which side you agree with, either because – however unintentionally – we were using the Tigers’ mark illegally or because they strong-armed us into making the change.

I’ve always tried to keep DetroitHockey.Net as an entity separate from myself.  So, speaking as myself, I’m burned out.

Last season I wrote less about the team than I ever have before.  It’s hit the point where I feel like I’ve been making the same points for years.  There are only so many times you can write about a defensive logjam or a glut of overpriced veterans on the payroll.

Add in facing a legal challenge on behalf of the Ilitch-owned Tigers and my already-high cynicism is in overdrive.  There are sites out there that actually make a profit off of the Old English D; sites that they let slide. But a Red Wings fan site – one of the oldest in existence – pops up on their radar and the lawyers are unleashed.  It leaves me less than inclined to put in much effort covering a Red Wings team that’s less-than-exciting on most nights.

So we have a new logo and we have a path to moving forward.  I just can’t say how far along that path we’re going to go.


On the State of the Logjam