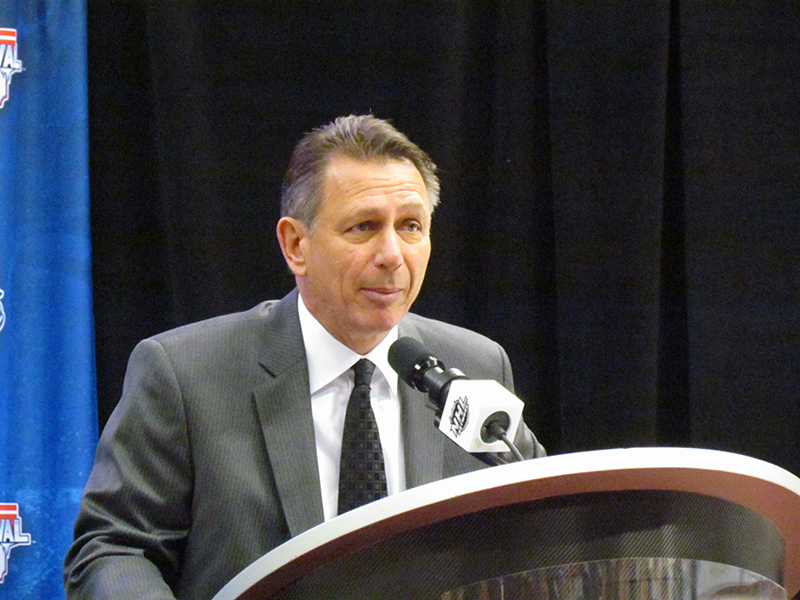 As I write this, former Red Wings’  General Manager and short-time Senior VP Ken Holland is being announced as the new GM of the Edmonton Oilers.

This news does not come as a surprise, having been broken over the weekend and rumored since Holland graciously stepped aside and allowed the Red Wings to hire Steve Yzerman in the role that used to be his.

There’s been a lot of talk about how Holland will be remembered in Detroit.  About what his legacy is.  About how we, as fans, should make sure we remember the good times.

Yes, Holland is due credit for his role in Detroit’s Stanley Cups in 1997, 1998, 2002, and 2008 (and other accomplishments along the way).  He should also be accountable for Justin Abdelkader’s contract and the trades for Kyle Quincey, David Legwand, and Erik Cole.  Don’t pick and choose the good or the bad, remember it all.

So I guess that’s my take on his departure.  Holland did great things for the Red Wings organization.  He also flamed out at the end and got fired for it, no matter how they worded it.  And now he’s going to an Edmonton team where a lot of the problems he’ll face are similar to the ones he’s leaving Yzerman with.

It’s not existential.  It’s not dramatic.  Holland was the face of the Red Wings’ business and that’s all this is: business.


On the New DH.N Logo, Trademarks, and the Detroit Tigers