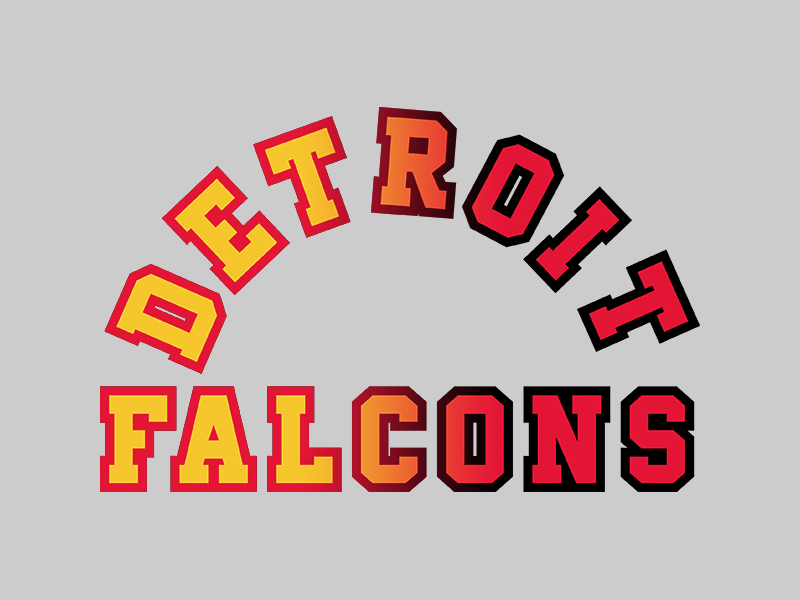 230
0
by Clark Rasmussen
In General

Many Red Wings fans know that the team hasn’t always been called the Red Wings.  They were first the Detroit Cougars, then the Detroit Falcons, and didn’t take on their current name until 1932, six years into their existence.

It’s less widely-known that the team hasn’t always worn red and white.  Those familiar with the Falcons, though, may have seen that their sweaters featured yellow lettering outlined in red.

Except that may not be true.

And it might be partially my fault that people think it is.

It is 2002 and Bob Duff’s History of Hockeytown has just been published.  I’ve been tearing through both editions of Total Hockey and countless other hockey history books and, finally, here is one just about the Red Wings, written by one of the writers on the team’s beat, published by the team itself.  I can’t wait to see what weirdness we’ve never heard before will be found inside.

It doesn’t take long to find something new, with page 21 declaring the following in regards to the team’s 1930-31 season:

The Falcons donned new uniforms with gold lettering, the only time in team history that the jersey was adorned with any shade other than red or white.

As a logo geek, my mind is blown.  Everything to that point had shown the Falcons’ logo as red text with a black outline, and here is a book published by the team itself saying that was wrong. 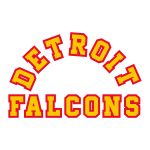 The yellow and red version of the Detroit Falcons’ logo 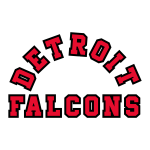 The red and black version of the Detroit Falcons’ logo

I update the NHL logo history on DetroitHockey.Net to include the gold.  A short while later, I exchange emails with Andrew Greenstein of the NHL Uniform Database, explaining what I’d read and convincing him to change his site to reflect it, then I do the same with Donovan Moore of the Society for Sports Uniform Research.  Eventually, the change makes its way to SportsLogos.Net, as well, and spreads from there.

But images from the Red Wings’ dressing room at Joe Louis arena continue to show a framed print of the Falcons’ logo in red and black.  The red and black text continues to appear in the history section of Red Wings’ game programs.  When Little Caesars Arena is built, there is no sign of red and yellow in their logo timeline, just the usual red and black.

I discussed the color change further with SportsLogos.Net’s Chris Creamer while he was writing his new book, The Fabric of the Game (due out November 3).  It turns out that contemporary reports discuss the name change from Cougars to Falcons but say nothing about the addition of a new color.

Creamer’s presumption – and I agree – is that History of Hockeytown got it wrong.  The addition of yellow never happened and a black outline on the text displaying the team’s new name was simply not worth a specific mention at the time.

I don’t know how the idea of the Falcons wearing yellow letters outlined in red made it into History of Hockeytown but, as far as I can tell, every other place to do so traces back to my own propagation of that idea.  Unless I’ve missed something, the only place the Detroit organization has ever acknowledged the use of yellow was in History of Hockeytown; the uses of red and black far outnumbering those of red and yellow.

Perhaps there’s another source of information about the red and yellow logo, but until that surfaces, I can only signal boost a correction to try to undo the initial spreading of that idea that I did.