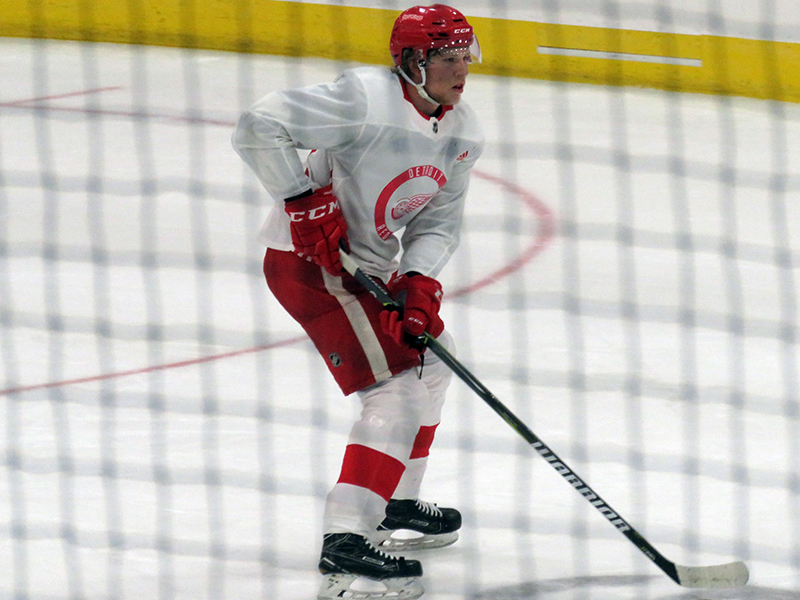 I actually said most of what I wanted to say about the Red Wings’ efforts on the first day of the 2018 free agency period earlier in the day, but I want to highlight a bit of an unintentional rant on Twitter.

The Wings are (again) gambling that young players being part of a winning environment surrounded by vets is more important than young players getting minutes of playing time and experience. But what if they take those minutes from the young guys… And still lose?

I keep seeing Holland talking about how it’ll be good for the kids to be on a team that’s hanging in there at the end of the season but this roster wasn’t hanging in there in 2017 or 2018 and there’s little reason to think they will in 2019.

And I’m not saying no vets are needed. It’s just… If the missing piece is Thomas Vanek or Mike Green, what does that say about Zetterberg and Nielsen and Ericsson and Abdelkader and Helm… The veteran leadership that was already there.

Kronwall. I meant to include him in that list. Daley, too.

I feel like that rant could have come from any offseason since about 2013.

Every spring when the Wings go their separate ways, we hear from Ken Holland about how they’re going to give “the kids” a shot in the fall.  Every summer the team goes out and fills their open roster spots with veterans.  Then we hear that all the kids have to do is beat out the veterans.

Michael Rasmussen was the Wings’ best player in the preseason last year and didn’t even get his nine-game look during the regular season.  He was sent straight back to juniors.  I’m not saying he was definitely ready for the NHL, I’m just saying he earned a look that he didn’t get because there wasn’t a spot for him.

So lets look at the Wings’ roster.  These were their lines heading into the final game of last season, per Winging it in Motown:

Okay, now lets look at it with the players who have departed the Wings removed:

So that’s one open spot up front, one on the blueline, and the backup goalie job.  And who did the Red Wings sign (or re-sign) today?  A forward, a defenseman, and a goalie.

That’s a full lineup.  I don’t think it’s their best possible lineup, though.  Let’s assume that Frk and Jensen are either gone or in the press box.  We’ll do the same for Witkowski, even though I highly doubt he’s going anywhere.

That’s getting a little better.  But where is Joe Hicketts?  Dennis Cholowski?  Evgeny Svechnikov?

Also, that only removes the players who I deemed most expendable from the Wings’ roster.  What if Svechnikov outplays Nyquist or Vanek this fall?  What if Cholowski is better than Ericsson or DeKeyser?  Do we really see any of those vets sitting in favor of the kids?  Of course not.

So Detroit’s lineup is relatively set.  At best, one of the kids is going to make the Wings’ blueline, because it makes no sense for them to be up as the seventh defenseman.  I’ll say it’s Hronek.  What does that mean for the Griffins?

Here are the defensemen who were dressed for the Griffins’ season-ending loss to the Manitoba Moose in Game Five of their first-round series:

Since then, the Wings have sent Russo to the Arizona Coyotes and let Renouf walk.  We’re also assuming Hronek makes the Detroit lineup, so that’s three open spots.

Well, it was three open spots.  Detroit signed Jake Chelios, today, so we’re back down to two spots for Vili Saarijarvi, Libor Sulak, and Dennis Cholowski.  Or the Griffins could just roll seven defensemen, as they reluctantly did for part of last season, all the while admitting it was less than ideal.

The bottom line is if the Red Wings actually want to have spots available for Svechnikov or David Pope or Dominic Turgeon or Saarijarvi or Cholowski, they’re going to have to move players out of the way.

Ken Holland has never proven able or willing to do this.  He’s proven content to wait for injuries, which haven’t always happened.  He wouldn’t have to hope for that without some of today’s signings.