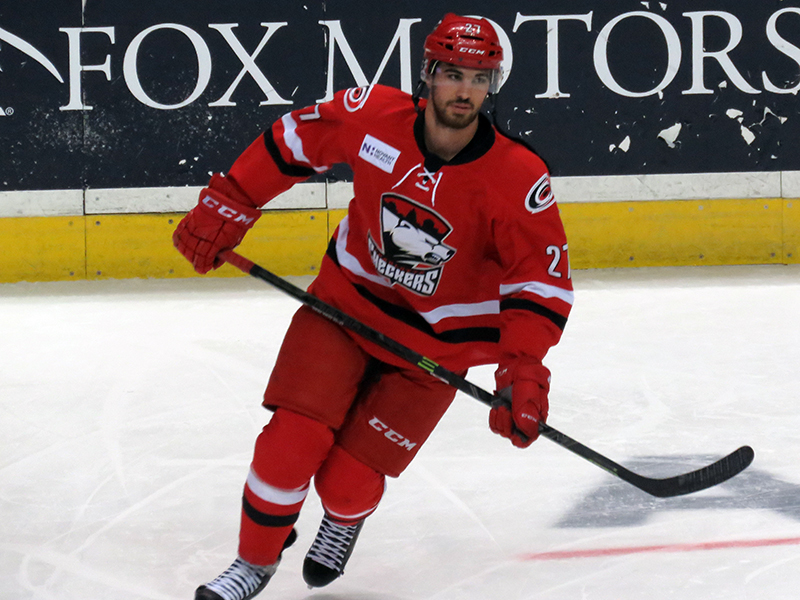 After announcing the signings of backup goalie Jonathan Bernier and forward Thomas Vanek as soon as free agency opened on Sunday and confirming a one year deal with third-string goalie Harri Sateri shortly after, the Red Wings announced a slate of deals aimed at providing further depth to the franchise.

A little reaction from Tony Androckitis of Inside AHL Hockey…

Wowza Detroit hauls in a big AHL free agent class for Grand Rapids in one tweet.

Undoubtedly they’re good moves for the Griffins.  Terry and Megan make up for the likely departures of two of Matt Lorito, Ben Street, and Eric Tangradi.  Chelios is an upgrade over the departing Dan Renouf, who wasn’t given a qualifying offer by the Red Wings.

That said, I praised letting Renouf go because it helped clear out the organization’s logjam on the blue line.  Unless Chelios is bound for Toledo, his signing seems like a bad sign for Vili Saarijarvi and Dennis Cholowski and Libor Sulak, all of whom would be battling for playing time with the Griffins (unless Cholowski manages to leapfrog Filip Hronek and go straight to Detroit, but that still doesn’t open up a roster spot anywhere).

So, yeah, these might be good deals for the Griffins, but they feel like bad ones for the Red Wings.


Thoughts on Day One of Free Agency: 2018 Edition