I’ve said it before but I’m not a big Draft guy.  When I draft over in the DFHL, I cram right before the draft and most of that information disappears from my head as soon as it’s over.  I really like Detroit taking Marco Kasper at eighth overall but aside from that, I don’t have strong feelings about any of these players.

That said, it feels like there’s a lot of Steve Yzerman signature picks here.  George Malik called Kasper “a very RED WINGS pick” (I can’t find the original Tweet or I’d link to it) and that makes a lot of sense to me. Big-ish guy, playing in Rogle, and a center at that.

That fourth-round set of Johansson, Lombardi, and Kilpinen screams Detroit.

It’s a little surprising that the team didn’t draft a goalie, but perhaps trading their third-rounder for Ville Husso was essentially drafting a goalie.

The one thing about this draft is there’s not a lot that really excites me.  That said, I probably would have said the same thing about the 2019 draft that brought Moritz Seider to Detroit (what I did say was that it gave me hope).  In all likelihood, none of these guys, even Kasper at #8, make an immediate impact.  And that’s disappointing.  Throughout the Wings’ rebuild, they’ve never been able to draft that one guy who comes in immediately and changes things.

But two years after being drafted, Seider finally made his debut and won the Calder in the process.  We’re going to have to be patient to see how this new set of Wings prospects pans out. 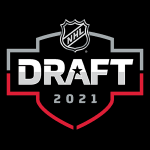 Brief thoughts on the Red Wings' selections in the first round of the 2021 NHL Entry Draft. 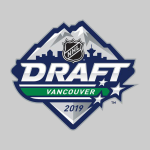