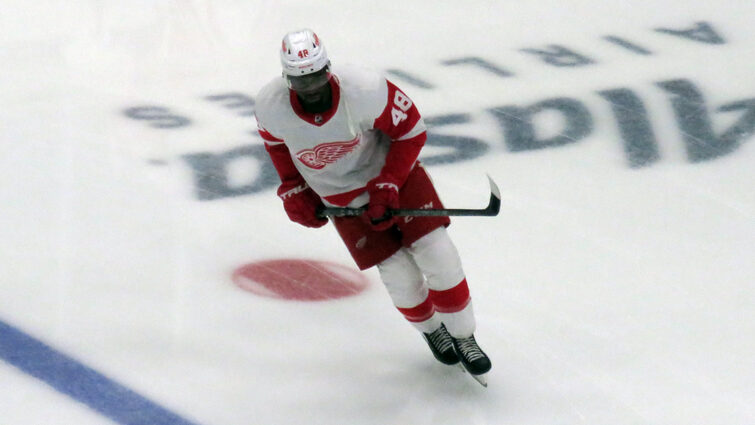 Also waived were Kyle Criscuolo, Taro Hirose, and Juho Olkinuora, all of whom were expected to start the season with the Grand Rapids Griffins.  Austin Czarnik, Steven Kampfer, and Matt Luff cleared after having been placed on waivers on Saturday.

Smith spent all of last season with the Red Wings and seemingly had a spot with the club locked up heading into the offseason.  However, the team added a line’s worth of forwards via free agency in Andrew Copp, David Perron, and Dominik Kubalik, meaning some returning players would feel the squeeze.

Last Monday, The Athletic’s Max Bultman published a projected Red Wings lineup that I mostly agree with.  Notably, it did not include Smith, Joe Veleno, or any rookies looking to crack the lineup (Jonatan Berggren and Elmer Soderblom, for example).  Given that Smith could have been the 13th forward without needing to face waivers and that Smith was the only player of that group who needed to be waived, this could be a sign that Veleno, Soderblom, or Berggren ended up cracking the Red Wings’ lineup, necessitating someone be sent down to make room.

I think this ended up being a battle between Smith and Adam Erne and Erne won.