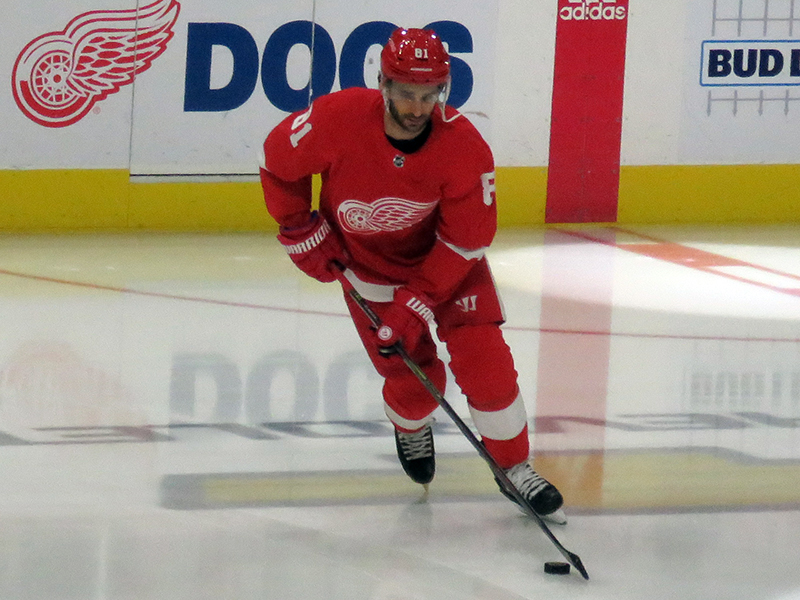 Red Wings to Buy Out Nielsen

124
0
by Clark Rasmussen
In General

Per CapFriendly, the Detroit Red Wings have opted to use their second buyout window to buy out the final year of forward Frans Nielsen’s contract.

With the #Red Wings settling their Arb case with Adam Erne 4 days ago, the club had access to a second buyout window.

As a result, Detroit has opted to buyout 37 year old forward Frans Nielsen.

The Wings have no use for Nielsen going forward, so to that extent is makes sense to just cut him loose now. That said, the team isn’t exactly hurting for cap space, so I’m not sure what the benefit is to spreading the cost of a buyout over two seasons rather than just burying him in Grand Rapids and eating the cap hit all in one year.

Of course, it could be just that I’m a lot more willing to dump guys in GR than Steve Yzerman is. I would have done that with Nielsen and with Justin Abdelkader last summer (at least for one more year). It seems like Yzerman might be doing the “honorable” thing and not forcing veterans to ride the bus in the AHL.

Either way, Nielsen is gone at little future cost to the Wings, with a roster spot cleared up.

This also means that, combined with the departure of Luke Glendening as a free agent, both of the alternate captains from Dylan Larkin’s first year wearing the C for Detroit are gone.  My guess is that Sam Gagner and Danny DeKeyser will each wear an A next season.