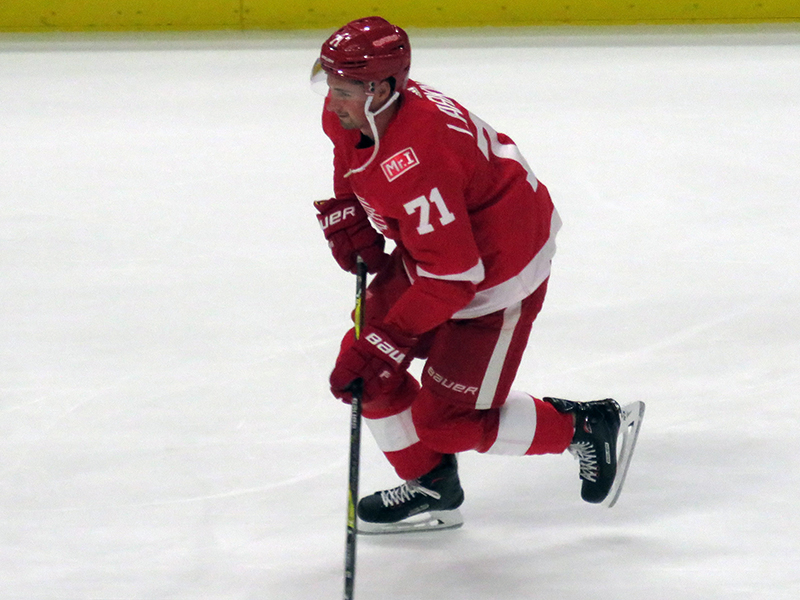 Reporting from the Red Wings’ practice today, Helene St. James of the Free Press notes that the the team will not name a new captain this season, instead adding Dylan Larkin as a third alternate for home games with Frans Nielsen taking that role on the road.

Red Wings name Frans Nielsen & Dylan Larkin as alternate captains, will rotate duties. Nielsen on road, Larkin at home. They join Niklas Kronwall & Justin Abdelkader in wearing an ‘A.’
No captain for time being.

As I noted on Twitter, I expect that Niklas Kronwall will retire this summer and Larkin will take on the C, leaving Abdelkader and Nielsen with the As next season.

Given that the team isn’t even giving lip service to the idea of Henrik Zetterberg still being a part of this team – having given away his dressing room stall and with him doing a ceremonial puck drop at Thursday’s home opener – I would have almost preferred to see the Red Wings just name a new captain now.

In the end, though, it doesn’t really matter.  Keep in mind that this is a team that has rolled with fewer than three captains for several games over the past few seasons.  Clearly who actually wears a letter isn’t all that important.


Thoughts on Game One