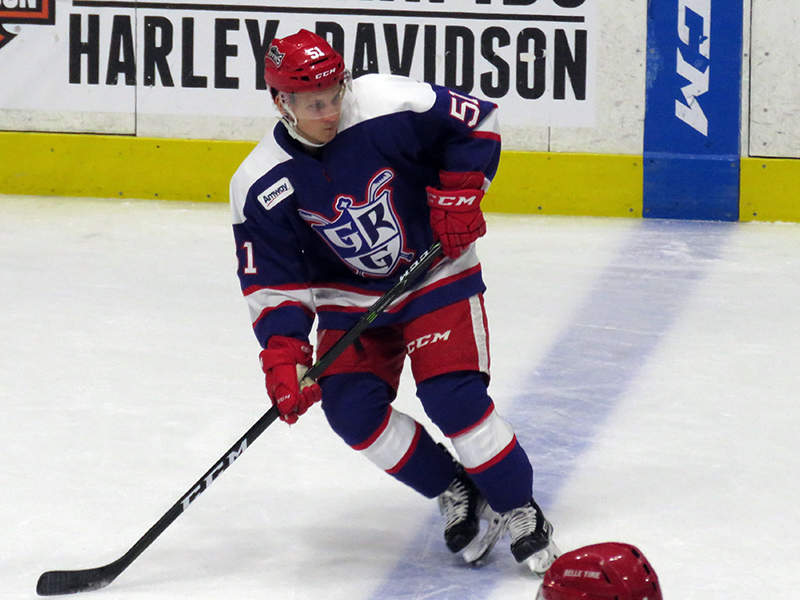 111
0
by Clark Rasmussen
In General

The Grand Rapids Griffins updated the roster on their website yesterday, adding jersey numbers for new players and reflecting a change for one returning player.

Goalie Kaden Fulcher is shown as switching from #33 to the #36 worn last season by Kyle Wood.  Fulcher has worn #33 for most of his career but appears to have switched to make room for Kevin Boyle, who takes over as the new #33 in Grand Rapids and gets his usual number.  Fulcher is also assigned #36 in Detroit.

Mathias Brome has been assigned his usual #86, as he was in Detroit.

Kyle Criscuolo picked up the #51 he wore during his first stint with the Griffins, which had been worn in the interim by Trevor Yates for two games during the 2018-19 campaign.

Riley Barber, assigned #26 in Detroit, gets the #45 that he wore last season in nine games for the Montreal Canadiens.  It was last worn for the Griffins by Colin Campbell.

The #21 most recently worn by Chase Pearson and Michael Rasmussen during the 2018-19 season has been assigned to Max Humitz, who wore that number during his college career at Lake Superior State.

Finally, #11 has been assigned to Patrick Curry.  Curry wore that number at Boston University.  It was made available by Filip Zadina‘s promotion from the Griffins to the Red Wings.