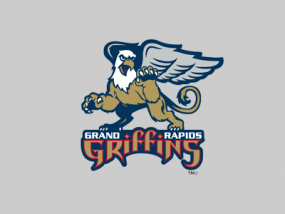 With twenty-two players having been sent to Grand Rapids by the Red Wings in advance of the expected NHL lockout, the Griffins web site has updated the team’s roster with all the new player jersey numbers. Here’s a look at the changes we’ll see for the 2012-13 season.

Incoming netminder Petr Mrazek picks up the #34 worn last season by Ty Conklin during his AHL demotion, making him one of two Griffins wearing the same number as they are assigned by the Red Wings.

Nathan Paetsch takes the #4 vacated by Travis Ehrhardt. Adam Almquist switches from the #6 he got at the end of last season to the #5 that had been worn by Riley Sheahan, who takes the #19 from outgoing Mike Thomas.

Tomas Jurco claims #28 from Alan Quine, making him the second Griffin with the same number he’s currently assigned with the Red Wings, pending Carlo Colaiacovo’s number selection. Colaiacovo wore #28 with the St. Louis Blues and could request it in Detroit.

Finally, Brennan Evans will wear the #44 of the deceased Bryan Rufenach.

On Mike Ilitch and Coming Lockout