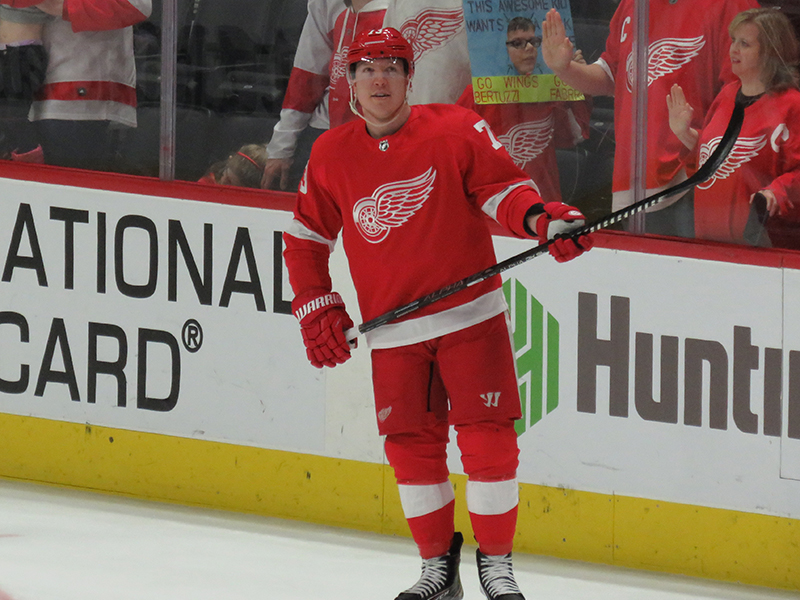 113
0
by Clark Rasmussen
In General

The Detroit Red Wings announced the signing of forwards Adam Erne and Taro Hirose to one-year contract extensions on Thursday.

Financial terms were not announced because who would want to know that in a salary cap league?

The pair were set to become restricted free agents after receiving qualifying offers from the team yesterday.

As I mentioned yesterday, I don’t like the idea of bringing Erne back.  I don’t think he offered as much as the Red Wings hoped when they acquired him from Tampa Bay last summer.  That said, at a cheap enough salary that could become irrelevant.