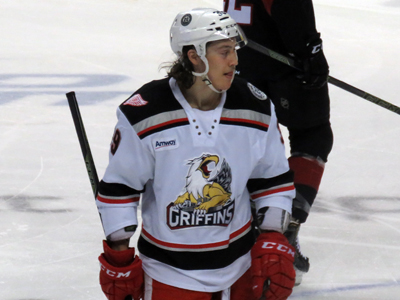 As per annoying club policy, financial terms were not officially announced but leaked almost immediately.  Bertuzzi’s deal is reportedly for two years at a $1.4 million cap hit while Frk’s is for one year at $1.05 million.

Both players will be restricted free agents upon the expiration of their deals.

Bertuzzi’s deal is a healthy raise from the $661,667 salary cap hit he carried last season, bringing him closer to in line with Luke Glendening.

With Bertuzzi re-signed and bound for the Red Wings’ roster next season, I predict that he’ll wear the #17 he wore in juniors now that David Booth is no longer using it.