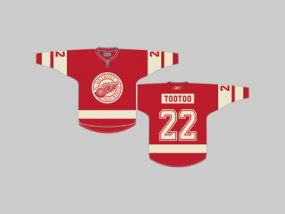 Four of “Russian Five” to Appear at Alumni Showdown