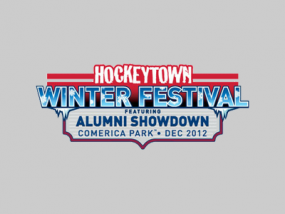 Four of “Russian Five” to Appear at Alumni Showdown

The Detroit Red Wings announced on Thursday that four members of the famous “Russian Five” will appear at the Alumni Showdown on December 31 at Comerica Park.

The Russian Five was the first group of five Soviet-trained players to play as a unit in the NHL.  Assembeled by coach Scotty Bowman – who will be behind the bench at the Alumni Showdown – in 1995, the line consisted of Sergei Fedorov, Igor Larionov, Vyacheslav Kozlov, Vladimir Konstantinov and Viacheslav Fetisov.

All but Kozlov will be at the outdoor game against alumni from the Toronto Maple Leafs.

Confirmed participants for the two teams are now as follows, with more to be announced: