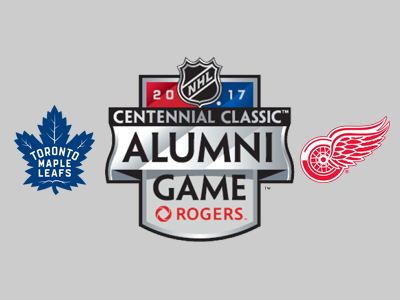 320
0
by Clark Rasmussen
In General News

The rosters for the Centennial Classic Alumni Game were announced on Tuesday, as tickets for the game went on sale.

The Toronto Maple Leafs alumni team will host the Detroit Red Wings alumni at BMO Field on December 31, a day before the Leafs host the Wings in the Centennial Classic.

The rosters are as follows:

Every player from the Detroit roster played in one of the two Alumni Showdown games at Comerica Park in 2013.  Lapointe, Fischer, Dandenault, and Hodson played in the first game while the rest played in the second game, which mostly featured the bigger names.

Former Red Wings who appeared in that second game but won’t be in Toronto include Steve Yzerman, Chris Osgood, Viacheslav Fetisov, and Mark Howe.  Of those, only Yzerman played at the Stadium Series Alumni Game in Denver last February.