The Detroit Red Wings announced the additions of Bob Boughner and Alex Westlund to their coaching staff on Friday.

Boughner had spent parts of the last three seasons as head coach of the San Jose Sharks before being let go last week.  Westlund spent the last five years as goaltending coach of the AHL’s Hershey Bears.

I can’t speak to the Westlund hire but I love bringing in Boughner to coach the defense.  I almost said as much when San Jose fired him but figured the Wings probably had someone else in mind for that role by that point.

I also really like that Detroit saw a change, with Boughner suddenly available, and moved to work with that new scenario.  It’s a gut feeling kind of thing, but under Steve Yzerman, it seems like the Wings’ front office is more awake than it was in the closing years of Ken Holland‘s tenure.

By that I mean that, under Holland, it felt very much like, no matter what happened outside of the team, the response was “This is the plan, we have a plan, we’re sticking to the plan.”  Hiring a guy who wasn’t even available until a week ago is not something I would have expected him to do.

Whether or not Boughner’s hiring will help…  I don’t know if he’s the right man for the job.  That doesn’t mean he’s the wrong man for the job, either.  Just that it was time for a change on the bench, and this is a change, and it’s going to take some time to see how it works.

TSN of Canada reported on Monday that the Detroit Red Wings made two coaching changes. 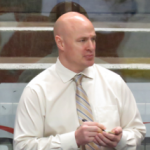