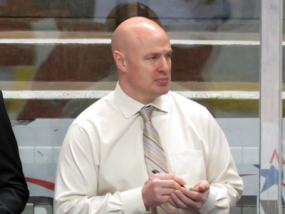 87
0
by Clark Rasmussen
In General News

Two weeks after naming Jeff Blashill as the team’s 27th head coach, the Detroit Red Wings rounded out their coaching staff with the additions of Pat Ferschweiler and Dave Noel-Bernier.

Tony Granato, who spent last season as an assistant under the since-departed Mike Babcock, will remain with the club, as will goaltending coach Jim Bedard. Additionally, former Red Wing Chris Chelios will work with the team’s defensemen, though he will not have a role behind the Detroit bench.

Ferschweiler and Granato will be Blashill’s assistants with Ferschweiler taking the spot of Jim Hiller, who left with Babcock for the Toronto Maple Leafs. Noel-Bernier will replace Andrew Brewer – who also followed Babcock to Toronto – as the team’s video coach.

Ferschweiler and Noel-Bernier both spent last season as assistants under Blashill with the Grand Rapids Griffins.