The Detroit Red Wings signed forward Vladislav Namestnikov on Sunday, continuing the rebuild of their roster.

UPDATE: The #RedWings today agreed to terms with center Vladislav Namestnikov on a two-year contract.

Namestnikov is a familiar face for Detroit GM Steve Yzerman, who drafted him in the first round of the 2011 NHL Entry Draft for Tampa Bay.

Financial terms were, of course, not officially announced, but the deal reportedly carries a $2 million salary cap hit, with annual amounts of $1.5 million and $2.5 million.  Like Thomas Greiss‘ deal, more money is in the second year.  Whether as escrow protection for the player or expansion draft protection for the team, we’re seeing that become more common this year.

Namestnikov gives the Red Wings another option at second-line center, should Robby Fabbri not work out there.  Theoretically, the team could roll lines looking something like this:

That’s a completely rebuilt middle six since the start of last season, done entirely on the cheap.  They’re not world-beaters by any means but that’s not a bad accomplishment for Yzerman.  Perhaps most importantly, that’s a lineup where you can clearly see a top nine and then a fourth line, rather than a top line and then a bunch of other players slotted in wherever they can.

The problem is that this leaves no room for Evgeny Svechnikov, who is basically on a “last chance” one-year deal and would have to clear waivers to be reassigned elsewhere.  Maybe this means the Wings let Zadina stay overseas for another year.  Maybe it means they dump a contract.  I don’t know.

Jersey number geek notes: Namestnikov has worn #90 for virtually his entire career, save for a stint as #65 as a rookie. Will the Red Wings let him take #90 from Joe Veleno? If not, I bet Namestnikov goes with something like #60 or #95. It certainly blocks Bobby Ryan from following in the footsteps of Mike Modano and Stephen Weiss, though, and turning his #9 into #90.  Outside chance?  Namestnikov wears #13 in honor of his uncle, Vyacheslav Kozlov. 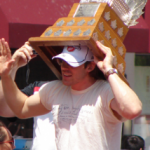 I'm going to get some of my thoughts out of the way before this deal is officially announced.

Swiss media - followed closely by several Detroit-based outlets - reported this morning that the Red Wings have reached a deal with forward Damien Brunner.