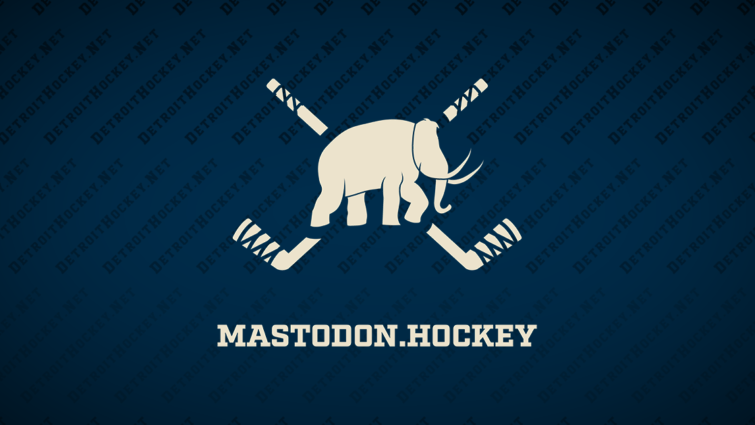 There is a lot that I don’t know.  Twenty-six years of writing here has proven that beyond a doubt.

So I don’t know if Twitter is going through it’s death throes right now.  I don’t know what will replace it, if it does, and I certainly can’t say if that will be Mastodon or something out of the Fediverse.

But I do see that some people are interested in trying that out.  I do see a new (-ish) technology to play with.  And, as I said a couple months ago, I want to build software and websites and play with technology.  So I’m getting in on this Mastodon thing and seeing where that goes.

For starters, that means creating mastodon.hockey.

Maybe I completely missed it (as we’ve established, there’s a lot that I don’t know), but it doesn’t look like there’s a hockey-centric place out there in the Fediverse.  If I want to experiment with that, it seemed like creating one was the first step.

If the first step was creating mastodon.hockey and the next one was setting myself up there, it seems logical that up next is opening it to the world.   But I’m not sure how much of the world I’m ready to be responsible for, so we’re limiting that via an invite link for now.

I don’t know how long I’m going to keep that invite link open.  I’ll be monitoring the number of people who join and seeing what the activity looks like and going from there.  But, for now, if you’re interested in checking out mastodon.hockey, give that link a click.

Keep in mind that this is all an experiment.  I don’t know how much effort I want to put into moderating a social media platform.  I don’t know how much this is going to end up costing me.  I may find that I’ve learned what I want to learn and have lost my interest.  If that’s the case, I’ll do everything I can to make sure no one loses any data they want, but we’ll cross that bridge when we come to it.