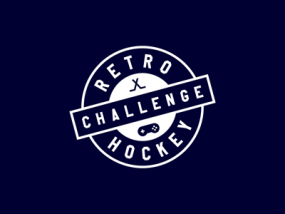 Anyone following @detroithockey96 last June (or who’s seen the annual updates in the forums) knows that I’m a huge fan of the Mario Marathon. A bunch of guys getting together and playing Super Mario games non-stop for several days and streaming it on the Internet for charity. It’s a fun event for a noble cause and I’ve always wanted to do something similar.

Back in September, I mentioned the idea of Retro Hockey Challenge. At the time, I was still researching what it would take to put on a video game marathon and wasn’t sure whether it could happen. Now that I’m pretty sure I can do it, I want to put more information out to all of you to see if I should do it.

Retro Hockey Challenge is my idea for a video game marathon aimed at hockey fans. We’d be playing old-school hockey games such as Ice Hockey and Blades of Steel for the NES and the early NHL series for the SNES.

In the Mario Marathon (and many others, but I’ll keep using them as an example), viewer donations determine how far the gamers have to play. I don’t think that would work for this because – unlike the Mario games – these games don’t have a linear storyline to follow along with (unless we were to play a season from start to finish, which I think would be really boring to watch).

Instead, the Retro Hockey Challenge will have a set schedule. Rather than working together to complete levels, the gamers involved in RHC will compete against each other in a tournament.

A “regular season” schedule will be put together to seed each gamer into a best-of-seven playoff bracket. Then those playoffs will determine a champion. If we get the number of gamers that I’m hoping for and my math is correct, it would lead to a 40+ hour event.

For each scheduled match, the game to be played will be randomly chosen at the the time of the match. This means that a gamer who’s really good at Blades of Steel might never get to play it, as the random game picker could come up on NHL ’94 each time he or she is scheduled to play.

Because dontations wouldn’t change the length of the event, viewers instead get to use their dollars to vote for what game(s) they want to see played more. For every dollar donated, whoever donated it gets to cast a vote for their favorite game. Those votes will skew our random game picker towards that game.

In short, if you wanted to see us play more Blades of Steel, you’d just have to donate and pick that game.

With the details of how the event would be run (mostly) figured out, I’m still trying to nail down a few details that I need feedback from the community on.

First off is a date. I expect RHC to begin on a Friday around noon Eastern. What Friday, though?

My initial thought was to do it when NHL training camps open, so that people will be starved for hockey but there wouldn’t be any actual games that RHC would be inteferring with. Other suggestions have included during the All-Star weekend (which couldn’t happen in 2012 as there’s not enough time to pull it together), during the Draft (which coincides with Mario Marathon so I wouldn’t do that), during the Stanley Cup Finals and just before the Stanley Cup Playoffs.

Of those options, I’m leaning towards just before the playoffs, with a start date of April 6, 2012.

The second issue would be who would play? I’m still looking to put together a roster of gamers but part of that depends on the date. I’d love it if other bloggers could be involved, as we’d be able to provide background chatter while the games are being played.

I can say that we do have a location almost locked down. I expect that we’ll be playing in Okemos, MI, from a generously-provided conference room. More details on that later, if we’re able to move forward.

I look forward to hearing what the community has to say.