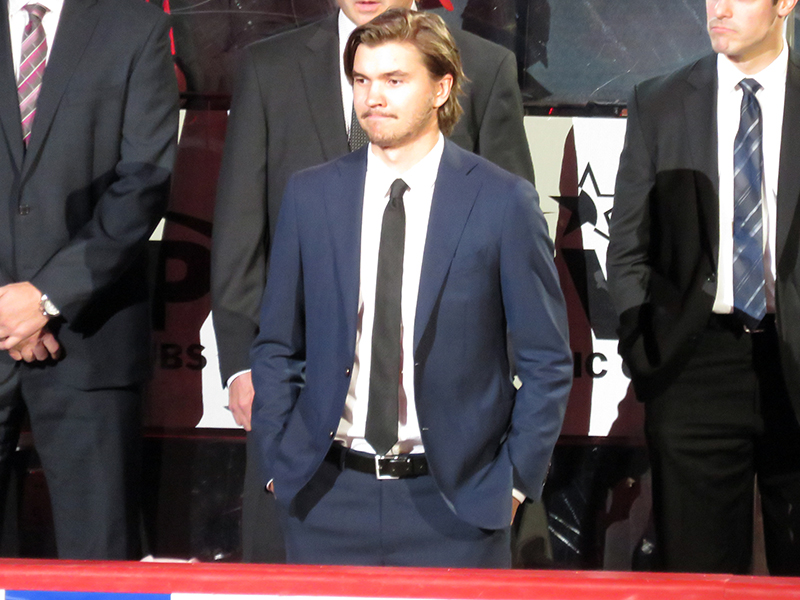 The Detroit Red Wings swapped AHL defensemen with the Carolina Hurricanes on Thursday, sending out Oliwer Kaski in return for Kyle Wood.

The Detroit #RedWings have acquired defenseman Kyle Wood from the Carolina Hurricanes in exchange for defenseman Oliwer Kaski. pic.twitter.com/12rrQi6G4N

Kaski was Best Defenseman and MVP of the Finnish Liiga last season, signing with the Red Wings over the summer.  He had five points with the Grand Rapids Griffins this season, playing in only 19 games due to the blueline logjam throughout the Detroit organization.

Wood was an AHL All-Star with the Tuscon Roadrunners in 2016-17.  This season he scored five points in 14 games with the Charlotte Checkers.

Kaski was technically a Steve Yzerman signing but he agreed to come to Detroit under Ken Holland.  My gut feeling is that he wanted out, as he didn’t come to North America to be an AHL team’s seventh defenseman.  That said, he had to have seen what the Detroit blueline logjam looked like when he signed, so I don’t know.

Given Wood’s inability to stick with Arizona, San Jose, or Carolina, it doesn’t seem like he has much value.  This seems like a Detroit loss, which only makes me think more that the deal was made at Kaski’s request.