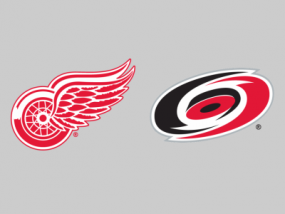 After a successful weekend with back-to-back wins over the Nashville Predators and San Jose Sharks, the Red Wings are back at it again tonight hosting the Carolina Hurricanes.

Detroit will be without Justin Abdelkader for the second game in a row.  He returned to practice today but his middle-body injury will keep him out of the game.

With Abdelkader out, the only lineup change will be Petr Mrazek starting instead of Jimmy Howard.

The game marks Detroit draft pick Martin Frk’s first NHL game at Joe Louis Arena, after having been claimed via waivers by the Hurricanes before the start of the season.  He’ll be joined by former Red Wing and previous waiver claim Andrej Nestrasil.

Stupid Stat of the Day:  The Red Wings only have three regular season losses to the Hurricanes at Joe Louis Arena.  They’ve all come in the last four times they’ve hosted Carolina.