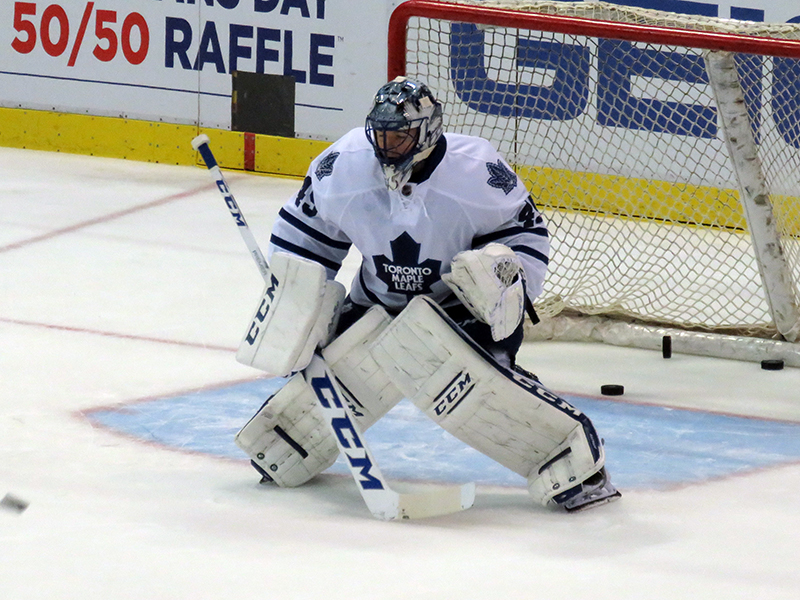 The Red Wings made official their signing of goalie Jonathan Bernier, who most recently played with the Colorado Avalanche.

Club policy dictates that financial terms not be announced but even before the deal was formalized, pretty much everyone reported that it was three years at $3 million per year.

I summed up my thoughts on this in this morning’s pre-free agency post:

I think I would have preferred 26-year-old Lehner over 29-year-old Bernier, as Lehner still has time to turn his career around and possibly become what Petr Mrazek was supposed to be for the Red Wings.  That said, Bernier has stats that are similar to Jimmy Howard‘s over the last several seasons and, with Howard a free agent next summer, it gives the Red Wings the option of trading him at next spring’s trade deadline if they’re out of playoff position.

The Red Wings have absolutely no one in their goaltending pipeline ready to backup Howard, so there’s no issue of Bernier taking away someone’s job.  Actually, they probably need to sign one more goalie to be the starter in Grand Rapids, though that could just be Tom McCollum, with Jared Coreau moving on.

If anything, my big complaint is that Bernier wears #45 and I don’t like “non-traditional” goalie numbers.  If that’s the gripe, it’s a pretty good deal.