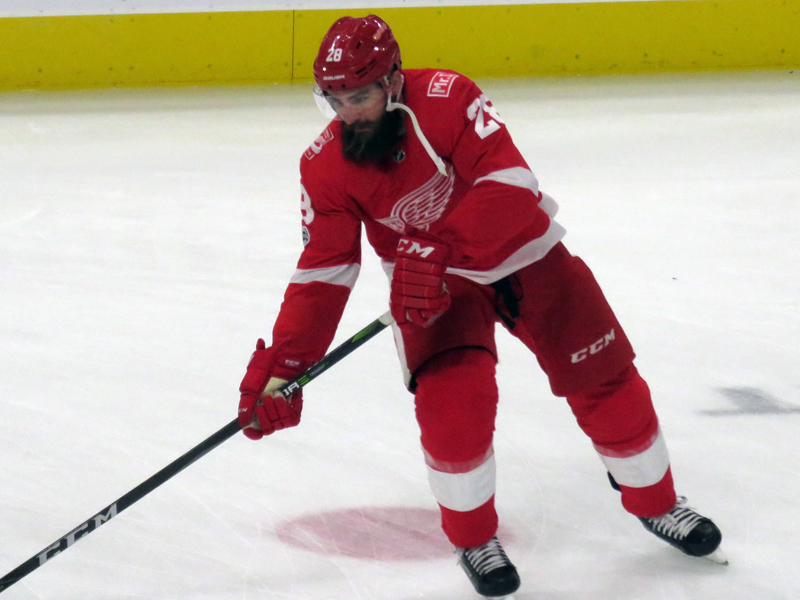 Red Wings/Flames Morning After: Fights, Suspensions, and Other Fun

I can’t see a way that the Red Wings’ Luke Witkowski doesn’t get suspended for ten games after he left the bench to go after Calgary’s Matthew Tkachuk last night.  The rule is simply too cut and dry.  Three steps earlier, while he’s still on the ice?  All clear.  Two feet on the bench?  He’s gone.

Of course, Tkachuk wouldn’t have given him that little jab three steps earlier.  The whole point of it was to hit him after he was on the bench, once Tkachuk was theoretically safe from reprisal.

Tkachuk’s move was a bit like a little brother on a road trip, sitting in the back seat declaring “I’m not touching you!” Big brother Witkowski, rather than waiting for dad to threaten to drive the car off the cliff, turned around and walloped him, consequences be damned, because Tkachuk deserved it.

I think the officials know Tkachuk deserved it, hence the heavy penalization for what was otherwise a love tap.  But that doesn’t save Witkowski from the punishment that’s coming.

Over the years I’ve made it clear that I hate that cheap, after-the-whistle, “I don’t want to fight but I want to get a jab in” nonsense that gets players praised for being an “agitator.”  As such, I’d love to see Tkachuk get the book thrown at him.  I don’t see it happening though.  With that in mind, I’m absolutely fine with Witkowski taking care of it himself and serving whatever penalty he gets.

On the Red Wings’ Blueline Depth and Future Callups