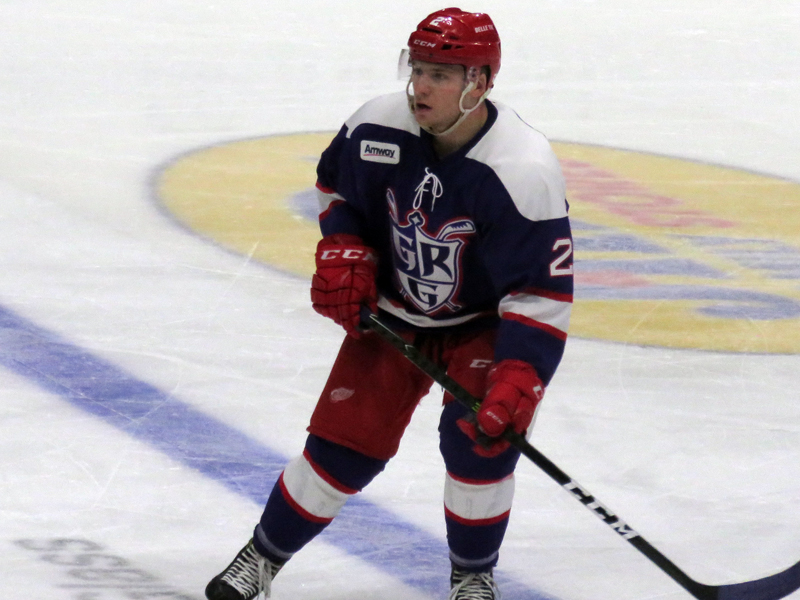 On the Red Wings’ Blueline Depth and Future Callups

Last week I wrote about how the Red Wings’ then-upcoming road trip through Western Canada, specifically Sunday afternoon’s tilt with the Edmonton Oilers and last night’s game against the Vancouver Canucks, might give them an opportunity to get a prospect such as Joe Hicketts into the lineup.

My thinking was that with Danny DeKeyser eligible for long-term injured reserve, a roster spot and cap space would be available.  Combined with road games on consecutive nights, the team might have wanted to rest someone (I was thinking Niklas Kronwall), giving a chance for Hicketts to step into the lineup.

We know now that that didn’t happen.  While the Wings won both of those games, it still concerns me a little.

What this trip seems to have shown us is that Luke Witkowski is the team’s eighth defenseman.  He’s also the 13th forward but I’m not worried about getting him in the lineup, I’m looking at how he blocks others.

It appears to me that the Red Wings are not going to call up a defenseman when Witkowski is available.  That means that to get someone like Hicketts into the lineup, three injuries need to happen, either three defensemen or two defensemen and a forward.

That final scenario could be further complicated, though, as David Booth could take over for an injured forward while Witkowski continued to skate on defense.  This means it might take the right combination of four injuries for one of Grand Rapids’ defensemen to get called up.

Obviously I could be reading too much into one road trip.  Maybe Hicketts didn’t get a look because the Griffins were playing on Sunday and the team figured he should stay there.  I don’t know.  But it seems to me like it’s going to take a lot for one of the Red Wings’ prospects to get a chance in Detroit this season.

On Hicketts, DeKeyser, and Kronwall


Red Wings/Flames Morning After: Fights, Suspensions, and Other Fun