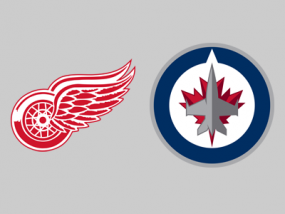 Video review got a workout in the Red Wings’ 5-3 loss to the Winnipeg Jets last night.

Three of the eight goals were reviewed.  The first of those was a review after the officials had already overturned the call on the ice and the third confirmed that a goal had been scored even though play continued.  The second, though, highlights a way in which video review could be made better.

I should say that I love video review.  I think it’s important to get the call right and it’s worth taking the time to do so.

The issue I have is that in the immediate aftermath of Mark Scheifele’s game-tying goal, only the officials knew what they had seen to make the call.  Ken and Mickey didn’t know.  Twitter buzzed with possible views until it was finally confirmed that the under-crossbar camera was the conclusive angle.

What I would love to see is the officials communicating what angle was conclusive and exactly what they saw.

We already joke about reviews taking place on tiny tablets.  If that’s going to be how it is, take advantage of it.  There are apps out there (such as Coach’s Eye, by one of my former employers) that allow for quick and easy telestration via tablet.

I think it’d be great if we took the extra seconds for the officials to circle the puck and send it up to the press box.  Get that clip up on the video boards at the arena and out on the TV broadcasts.  It wouldn’t change the game but it would help eliminate confusion for viewers in the stands and at home.