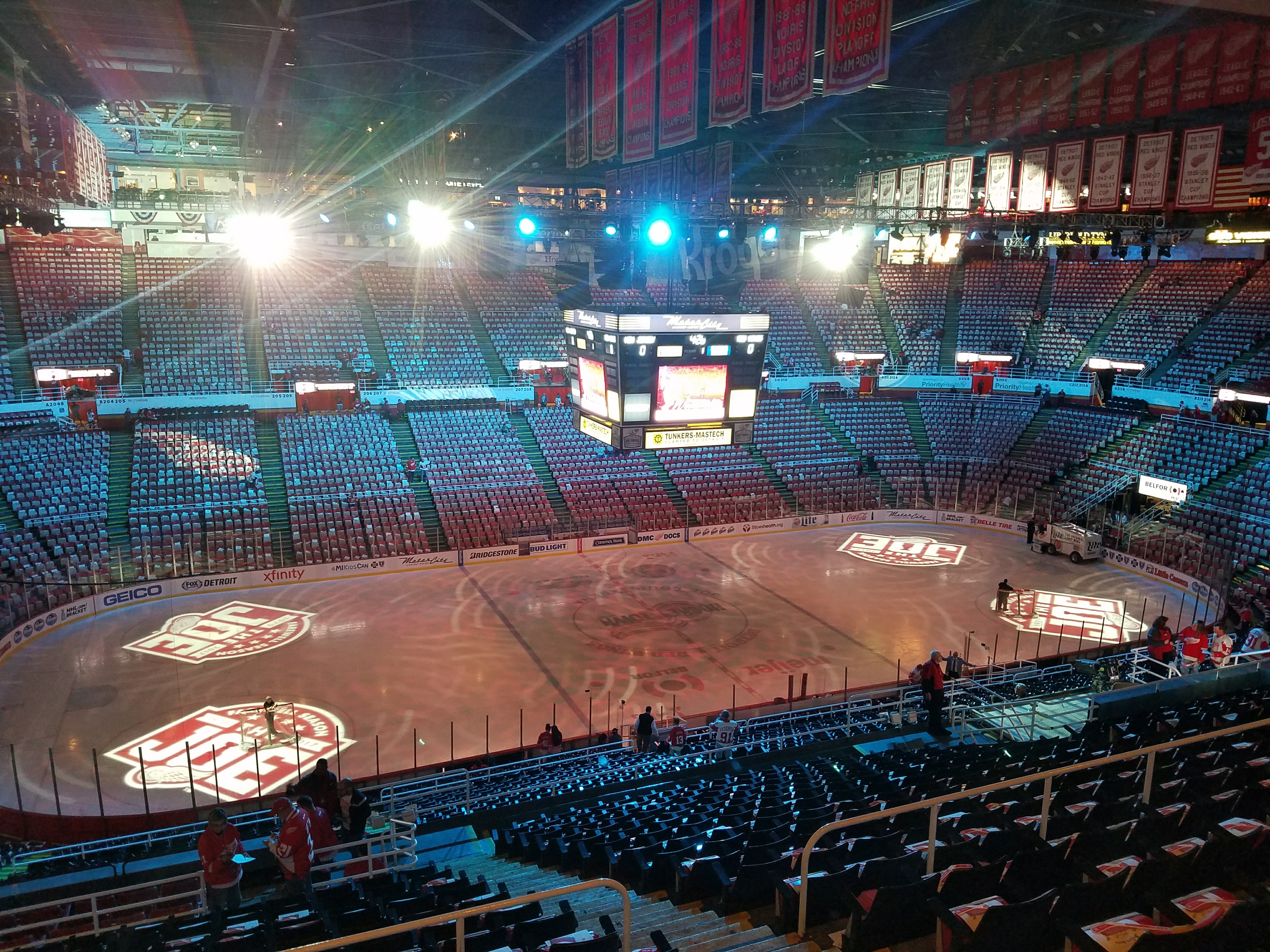 Saying Goodbye to the Joe

I don’t know if last night is what I expected from the last game at Joe Louis Arena.  I don’t know what I should have expected, either.

I was taking photos of every third-period faceoff, in case it was the arena’s last faceoff.  Some people I was with made sure to buy beer at the last “last call” at the Joe.  There was the last “Livin’ on a Prayer” and the last “Don’t Stop Believing” and the last goal (Riley Sheahan, because of course) and the last penalty and the last zamboni ride and there were probably lasts that I didn’t even register.  I touched on that a bit on my way out last night.

Leaving was hard. Feeling like you might forget to acknowledge something and never get the chance to again.

It’s the lasts that will stick with me.

The atmosphere was fun.  I’ve seen people compare it to a playoff game and I can see why, ’cause the crowd was lively, but it really wasn’t a playoff atmosphere at all.  There was no anxiety.  We knew the game didn’t matter.

I think the post-game ceremony was oddly appropriate.

It was awkward.  There was a 45-minute gap between the game and the ceremony, leaving the crowd wondering what was going on.  Microphones didn’t work.  The whole thing took place on seemingly-dingy red carpets.

The alumni present were an eclectic mix.  Sergei Fedorov and Brendan Shanahan and Pavel Datsyuk were absent; the Grind Line and Steve Yzerman and Nicklas Lidstrom were there; and then there were Andreas Lilja and Fredrik Olausson and Boyd Devereaux.

Then everyone raised their sticks to the air and there were fireworks and it just kind of ended.  If fireworks can ever be anti-climatic, that was it.

As I said, oddly appropriate.

Then it was time to leave for the last time.  The last of the lasts.  And that was the hardest.

Circling the concourse, we took one last look in from several sections.  Stared up at the banners.  Thought about where we were sitting for different games we’d been to.

Then it was time to go.