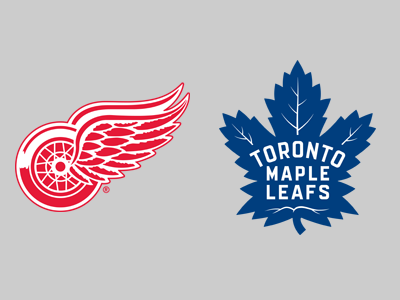 This was a hard game to watch.

The Red Wings shot themselves in the foot early with a Darren Helm giveaway leading directly to a goal by Alexey Marchenko – the defenseman Detroit gave away for free via waivers because Ken Holland has such a weak grasp on the concept of asset management.

Then Niklas Kronwall takes a penalty and the Leafs score pretty quick on the power play and, ugh, it looks like it’s going to be one of those nights.

Nazem Kadri makes it 3-0 early in the second and the Toronto-based media is calling for a blowout but a strange thing happens.  Despite not managing a shot for about 15 minutes in the middle period, the Red Wings turn it on for the last five minutes and Gustav Nyquist scores.

Nyquist adds another just 36 seconds into the third and suddenly it’s a game.  But not really because most of the rest of the period is just the two teams fumbling around with each other.

We end with controversy, as Henrik Zetterberg gets high sticked – with a significant amount of blood drawn – and there’s no penalty.  Not that I want to have games relying on the Red Wings’ power play, but that could have made a massive difference.

After an earlier marginal goalie interference call on Nick Jensen, the missed high stick just adds to the “hard to watch” aspects of the game.  Yes, missed calls always go both ways and over a season they probably even out, but combined with the “Toronto Maple Leafs: Team…  Of…  Dessssstiny” narrative, it feels like the ice is tilted.

In the end, it wasn’t all bad.  Most of the losses this season haven’t been.  They just haven’t been good enough.  Late start, comeback falls short, blah blah blah.

On the plus side, Robbie Russo didn’t look horrible in his NHL debut.  A beat too slow in his decision making, probably (Mickey Redmond was harping on Russo taking too many hits), but his skating looked good.

Nyquist and Zetterberg also looked good.  Like the game mattered to them more than it did to some others.  There’s been some talk about not losing the culture of winning that the Red Wings have had and how Zetterberg is carrying that on even as the team misses the playoffs and I think you could really see that last night.


On Benching Mantha and Learning Lessons