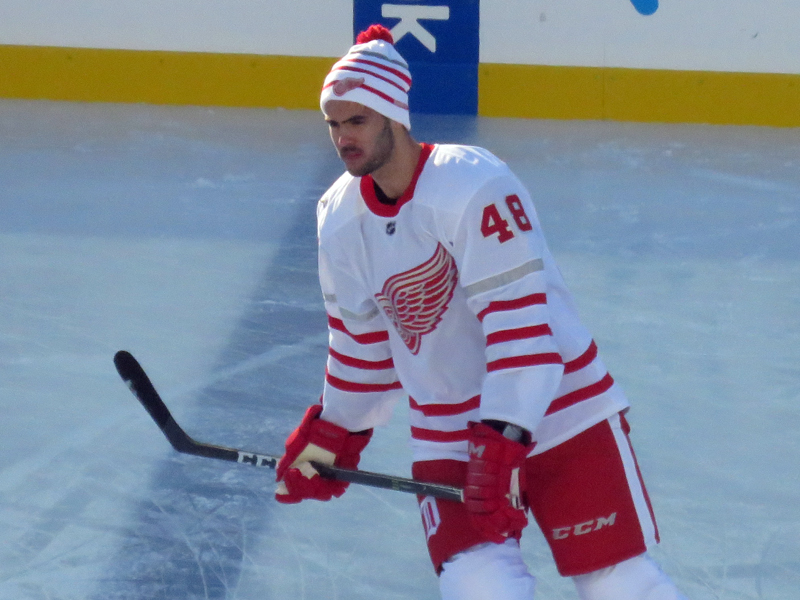 Detroit defenseman Ryan Sproul’s “sprained knee” turned out to be an ACL injury that will keep him out for the rest of the season.

Ryan Sproul has ACL injury. Will be re-evaluated in 2 weeks re: rehab or surgery. Done for regular season.#RedWings

The injury was suffered during the Red Wings’ 4-3 loss to the Edmonton Oilers on Saturday night. Robbie Russo has been called up to take Sproul’s place and will make his NHL debut tonight in Toronto.

I was really looking forward to seeing what Sproul would do with a spot in the lineup assured.  I’ve written before about liking that Sproul got a chance to make mistakes, only for him to immediately be benched for long periods of time in response to those mistakes.  With the Wings’ carrying only six defensemen for the rest of the season, it would have been an opportunity for Sproul to play without fear of losing his spot.

I’m excited to see what Russo can do, but disappointed that it comes at Sproul’s expense.