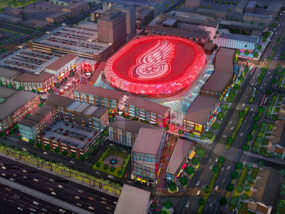 On the Pistons’ Move to Little Caesars Arena

Per Ian Thibodeau of the Detroit News, the Detroit Pistons will announce tomorrow that they intend to move to Little Caesars Arena with the Red Wings next season.

I’m a Red Wings fan first and a Pistons fan only because I always default to the home team.  As such, this is disappointing to me.

The Joe is a dirt pit.  It needs to be replaced.  But it’s the Red Wings’ dirt pit.  The banners and photos and statues are all Red Wings.

Having the Pistons back downtown is great for the city and good for the arena.  It’s a step back for the Wings, though.  Their new arena isn’t entirely theirs anymore.