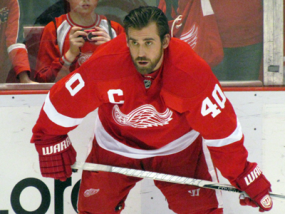 98
0
by Clark Rasmussen
In General News

Detroit general manager Ken Holland later clarified that Zetterberg suffered a knee injury while training.  He has yet to have an MRI but the injury does not appear to be serious.

Zetterberg, who was to serve as team captain for the tournament, is the second Swedish Red Wing to withdraw.  Earlier this summer, Niklas Kronwall was replaced in the lineup by Anaheim’s Hampus Lindholm.

Mikael Backlund of the Calgary Flames will take Zetterberg’s spot.

It marks the second time that Zetterberg has been named Sweden’s captain only to not finish the tournament.  At the 2014 Winter Olympics, Zetterberg played one game wearing the C before suffering a back injury.